Nick Anderson net worth: Nick Anderson is an American former professional basketball player who has a net worth of $16 million. Nick Anderson was born in Chicago, Illinois in January 1968. He was a 6'6″ shooting guard and small forward who played at Simeon Career Academy where he was named Illinois Mr. Basketball in 1986.

Anderson played his college basketball for Illinois where he was named first-team All-Big Ten in 1989. He was drafted #11 overall by the Orlando Magic in the 1989 NBA Draft. Nick Anderson played for the Magic from 1989 to 1999. He played for the Sacramento Kings from 1999 to 2002 and for the Memphis Grizzlies from 2001 to 2002. During his NBA career he has 11,529 points, 2,087 assists, and 1,114 steals. Since retiring he has worked for the Orlando Magic in the community relations department and has been a commentator for Fox Sports Florida's coverage of the Magic. 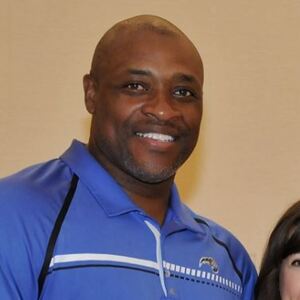