Nene Hilario Net Worth: Nene Hilario is a Brazilian professional basketball player who has a net worth of $45 million. Born Maybyner Rodney Hilario in 1982 in Sao Carlos, Brazil, Nene Hilario's professional career began in Brazil with Vasco da Gama from 1999 until 2002. The New York Knicks chose Hilario with the seventh overall pick of the 2002 NBA Draft, making him the first Brazilian player drafted in the NBA's first round. He was promptly traded to the Denver Nuggets, where he played until 2012. Hilario has been a member of the Washington Wizards since 2012. He earned NBA All-Rookie First Team honors in 2003. Hilario played for the Brazilian men's national team, earning a silver medal at the FIBA Americas Championship in 2001 in Neuquen and a bronze medal at the 2001 Goodwill Games in Brisbane. Hilario has played in more than 50 postseason games, most with the Nuggets between 2004 and 2011. In 2008, he announced he was taking a leave from the game to deal with a medical issue. Hilario returned two months later after having surgery to remove a tumor on his testicles. He has been married to his wife, Lauren Prothe, since 2009. After his retirement, Hilario hopes to form relationships with churches and the youth Christian community when he returns to his home country. As of September 2018, Nene Hilario has earned $123 million in NBA salary alone. 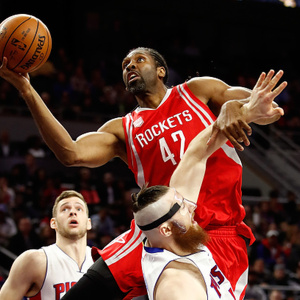