What is Nate Robinson's Net Worth and Career Earnings?

Nate Robinson is a retired American professional basketball player who has a net worth of $9 million dollars. During his NBA career, which spanned from 2005 to 2016, Nate earned a little under $25 million in salary alone. He played in the NBA for teams such as the New York Knicks, Boston Celtics, and Chicago Bulls. Before this, he played collegiality at the University of Washington. In 2010, Robinson became the NBA's first three-time Slam Dunk champion.

Nate Robinson was born in 1984 in Seattle, Washington. His father, Jacque Robinson, played football at the University of Washington, while his mother, Renee, operated a beauty salon. Robinson spent his first two years of high school at Rainier Beach High School in Seattle before going to James Logan High School in Union City, California. For his senior year, he returned to Rainier Beach, where he excelled in football, basketball, and track. Robinson led his basketball team to a 28-2 record and the AAA state championship.

Originally enrolled at the University of Washington on a football scholarship, Robinson decided to focus on basketball starting his sophomore year. During the 2002-03 season, he led his team in scoring average with 13 points per game. The next year, he was named to the All-Pac-10 first team, and led Washington to the NCAA Sweet Sixteen. He was also named to the NABC All-NCAA District 14 first team and the Pac-10 All-Tournament team. In April of 2005, Robinson forwent his senior year to declare for the NBA draft.

In the 2005 NBA draft, Robinson was selected by the Phoenix Suns; however, he was quickly traded to the New York Knicks. During his rookie year, Robinson played in 72 games for the Knicks, averaging 9.3 points and two assists per game. In December of 2006, he was one of the main participants in the infamous brawl between the Knicks and the Denver Nuggets. As a result, he was suspended for 10 games. The next season, Robinson averaged 12.7 points per game, and in March, recorded a career-high 45 points in a game against the Portland Trail Blazers. The 2008-09 season was Robinson's best, as he averaged 17.2 points and 4.1 assists per game. Following some time on the bench early in the 2009-10 season, Robinson returned to score 41 points in an overtime victory against the Atlanta Hawks.

During the All-Star weekend in 2006, Robinson won the first of his three Sprite Slam Dunk Contests. In his most famous dunk of the competition, he jumped over 1986 champion Spud Webb to achieve a perfect 50-point score. Robinson was unable to defend his title the following year, as he came in second place to Gerald Green of the Boston Celtics. However, he returned to win the 2009 competition, jumping over Dwight Howard to receive 52% of the fan vote. In February of 2010, Robinson won the Slam Dunk Contest again, becoming the first three-time Slam Dunk champion in history. 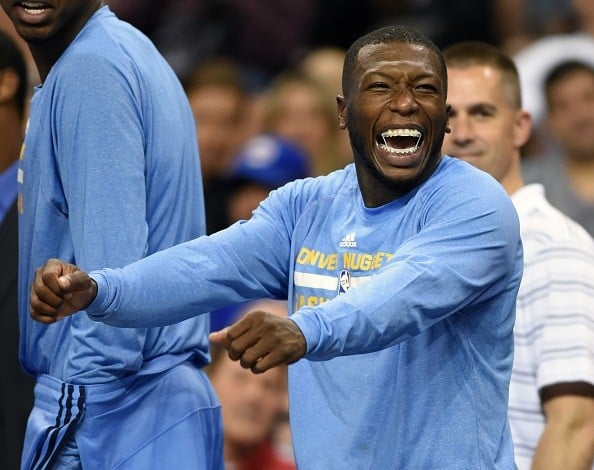 Robinson was traded to the Boston Celtics in early 2010. Across his 26 games for the team, he averaged 6.5 points per game. Despite his limited time on the court, he made many important contributions to the Celtics' playoff run, and helped the team make it to the NBA Finals. The next season, between November and December, he started 11 games for the team, six of which were part of a 14-game winning streak.

In 2011, Robinson was traded to the Oklahoma City Thunder. Although he appeared in another Conference Finals that year, he had entirely fallen out of the Thunder's rotation, and was waived by the team just before the start of the lockout-shortened 2011-12 season. Following this, Robinson signed with the Golden State Warriors. In a January game, he led the team with 24 points to an overtime victory against the Miami Heat. He finished the season with an average of 11.2 points and 4.5 assists per game.

Robinson signed a one-year contract with the Chicago Bulls in 2012. He started 23 games, and was named as the Eastern Conference Player of the Week in early February. From early March to April, he averaged 18.6 points and 5.1 assists per game. Facing the Heat in the semifinals, Robinson scored 27 points and nine assists in Game 1 to put the Bulls in the lead. However, the team lost the next four games to the Heat.

After signing a multi-year deal with the Denver Nuggets in 2013, Robinson used the player option on his contract and was traded to the Boston Celtics. Two days later, he was waived by the Celtics. In 2015, he signed a 10-day contract with the Los Angeles Clippers, and then signed another one 10 days later. However, he was not retained due to an injury. Subsequently, Robinson signed a one-year deal with the New Orleans Pelicans. Shortly after, he was waived by the team.

Following his retirement from the NBA, Robinson signed with Hapoel Tel Aviv of the Israeli Basketball Premier League. In his 14 games for the team, he average 16.2 points and 2.9 assists per game. The next year, Robinson was acquired by the NBA D-League's Delaware 87ers. He then signed with Guaros de Lara of the Venezuelan Liga Profesional de Baloncesto, with which he won the 2017 LPB championship. In 2018, Robinson signed with Homenetmen Beirut of the Lebanese Basketball League, but was waived due to an injury.

Beyond his playing career, Robinson opened a chicken and waffles restaurant in Seattle in 2014. Later, he appeared in the basketball comedy film "Uncle Drew," in which he played the role of Boots.

In November 2020, Nate boxed YouTuber Jake Paul. Nate was knocked out in the second round. Nate was guaranteed $500,000 for the fight plus a 50% share of the Pay Per View revenue.

With his high school sweetheart Sheena Felitz, Robinson has three children: Navyi, Nahmier, and Ny'ale. Robinson is also an avid car collector, owning such automobiles as a Pontiac Firebird and an orange Cadillac CTS-V. 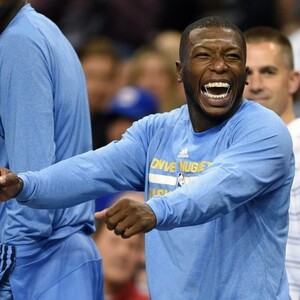