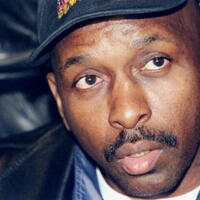 Moses Malone net worth: Moses Malone was a retired professional basketball player who had a net worth of $5 million. Moses Malone was born on March 23, 1955. He was three-time NBA MVP and one-time NBA Finals MVP. He won the NBA finals as a member of the Philadelphia 76ers in 1983. He was a 6 foot 10 center who signed a letter of intent to the University of Maryland after high school but ended up getting drafted into the American Basketball Association by the Utah Stars. He would go on to play for one other ABA team before the leagues merged. He ended going back and forth to different NBA teams seven times before he retired in 1995. During his career, Moses earned a total of $13.9 million in salary. His highest annual salary came in 1990 season from the Atlanta Hawks. Unfortunately, Moses died on September 13, 2015 at the age of 60 after suffering from an apparent heart attack.