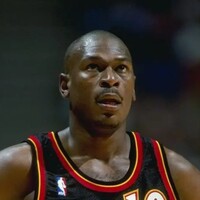 What is Mookie Blaylock's Net Worth?

Mookie Blaylock is a retired American professional basketball player who has a net worth of $10 million. Mookie Blaylock earned his millions during a 13-year career in the NBA playing for the New Jersey Nets, Atlanta Hawks, and Golden State Warriors.

Daron Oshay "Mookie" Blaylock was born on March 20, 1967, in Garland, Texas. He went on to play basketball for Midland College and the University of Oklahoma where he distinguished himself as an excellent point guard and great defensive stopper. In 1988, he helped lead the Sooners to the NCAA title game.

Mookie Blaylock was selected in the first round of the 1989 NBA Draft at number 12 overall by the New Jersey Nets. He settled into the rotation quickly and played for the team from 1989 to 1992. Mookie was then traded to the Atlanta Hawks where he really hit his stride and flourished under newly signed coach Lenny Wilkens. He played for the Hawks for seven years becoming their career three-point field goal leader (made and attempted) and career steal leader. He led the NBA in steals two years in a row (1996-97, 1997-98) joining Alvin Robertson, Magic Johnson, Allen Iverson, and Chris Paul as the only players to achieve the feat. For the 1996-97 season, Mookie Blaylock led the NBA in three-point attempts and was second in three-pointers made.

Mookie Blaylock was a consensus second-team All-American in 1989, and his No. 10 was honored by the Oklahoma Sooners. 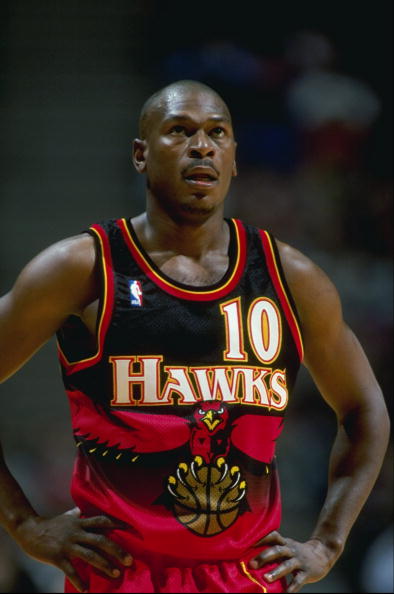 Mookie Blaylock made several million per year playing basketball in the NBA, notably $3.6 million in his final year with the Atlanta Hawks (1998-99), and $4.8 million and $5.4 million with the Golden State Warriors in his final two years in the league, respectively.

In all, Mookie Blaylock earned nearly $32 million over his playing career in salary alone.

Eddie Vedder, Mike McCready and the other founding members of the band Pearl Jam were big basketball fans. Before coming up with the name Pearl Jam, the group was originally called "Mookie Blaylock." They were eventually forced to change the name and settled on naming their debut album "Ten" after Blaylock's jersey number.

Mookie Blaylock had to be placed on life support on May 31, 2013, after being involved in a head-on collision. His vehicle traveled left-of-center causing the accident which ended up killing a passenger in the other vehicle, Monica Murphy, a mother of five. Blaylock was charged with vehicular homicide, driving on a suspended license, and failing to stay in his lane. Mookie had a history of seizures and was under doctor's orders to not drive due to the seizures. Blaylock also had a history of alcohol abuse and DUIs, but investigators did not believe alcohol to be a factor in the crash. It was later reported he did suffer a seizure while driving due to alcohol withdrawal. In October 2014, Mookie Blaylock pleaded guilty to killing Murphy and was sentenced to three years in prison and a fourth year as a suspended sentence followed by eight years of probation, according to the plea bargain he accepted.