Mitch Richmond net worth: Mitch Richmond is an American retired professional basketball player who has a net worth of $20 million. Mitch Richmond was born in Fort Lauderdale, Florida in Jun 1965. He attended Boyd Anderson High School and then played for Moberly Area Community College before transferring to Kansas State.

He set a record for most points scored in a two-year period at Kansas State. Mitch was the #5 pick by the Golden State Warriors in the 1988 NBA Draft. He was named NBA Rookie of the Year and was part of the NBA All-Rookie First Team in 1989. Richmond was traded to the Sacramento Kings in 1991 where he played until 1998. During this time he was an NBA All-Star for six consecutive seasons, from 1993 to 1998. He was named the NBA All-Star Game MVP in 1995. He was also named to the All-NBA Second Team three times and the All-NBA Third Team twice. He was traded to the Washington Wizards in 1998 where he played until 2001. That year he signed with the Los Angeles Lakers and won his only NBA Championship. Mitch also played for The United States men's national basketball team at the 1988 and 1996 Summer Olympics where he won a Gold and Bronze medal. In 2014 Richmond was elected to the Naismith Memorial Basketball Hall of Fame. 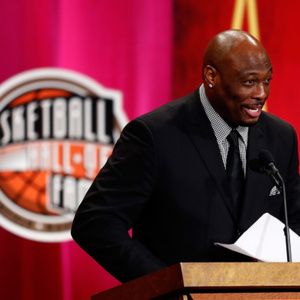