How much is Mike Bibby Worth?

Mike Bibby net worth: Mike Bibby is an American basketball player who has a net worth of $60 million dollars. Born in Cherry Hill, New Jersey, Mike Bibby graduated from Shadow Mountain High School in Phoenix, Arizona, and went on to play college basketball at the University of Arizona. His freshman year, he scored 20 points in the final game of the NCAA Championship, helping Arizona win the title. The Vancouver Grizzlies drafted him after his sophomore year at Arizona. He played well for the team, and received All Rookie honors his first year. He was traded to the Sacramento Kings in 2001, where he would distinguish himself as a player who excelled when the team was under intense pressure. He remained with the Kings through 2008, and was then traded to the Atlanta Hawks. He struggled with injuries throughout his three seasons with the Hawks, and was then traded to the Washington Wizards. He left the Wizards to play for the Miami Heat, and then spent one season with the New York Knicks. 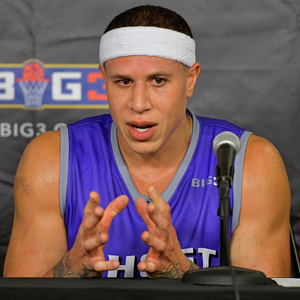