Michael Redd net worth and salary: Michael Redd is an American professional basketball player who has a net worth of $30 million. Michael Redd has earned his net worth from his career in the NBA. He also was a member of the U.S. national basketball team. Redd was born in Columbus, Ohio on August 24, 1979. He attended West High School in Columbus and play college basketball at Ohio State University. Redd stands 6 feet 6 inches and weighs around 215 pounds, he spent both his collegiate and professional career at the shooting guard position. During his three years leading the offensive attack of Ohio State University he gathered point averages of 21.9, 19.5, and 17.5, respectively. In his sophomore year Redd along with his teammate Scoonie Penn led Ohio State to the NCAA Final Four, he was then drafted after his junior year in the 2000 NBA Draft as a second round pick (43rd overall) by the Milwaukee Bucks. He has been a frequent member of Team USA, at the junior level and played in the 2007 FIBA Americas tournament, a qualifying tournament for the 2008 Summer Olympics; he consistently averaged over 15 points throughout the competition. Redd help Team USA win a Gold Medal in both the 2007 FIBA Americas Championship and the 2008 Summer Olympic Games. He is a devoted Christian, who bought his father a church building for his ministry, the church was newly named Philadelphia Deliverance Church of Christ built in his hometown of Columbus. One of Redd finest accomplishments is his NBA record for most three-point field goals made in one quarter with 8 in the fourth quarter in a game against the Houston Rockets on February 20, 2002. In addition he was named 5th on Milwaukee Bucks all-time points list, and 5th in Milwaukee Bucks all-time scoring avg. Michael Redd's peak salary was $17 million. In 2005 he signed a 6 year contract with the Milwaukee Bucks worth $91 million. 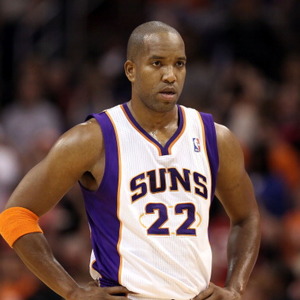