How much is Michael Olowokandi Worth?

Michael Olowokandi net worth and salary: Michael Olowokandi, aka The Kandi Man, is a Nigerian-born retired professional basketball player who has a net worth of $20 million. Michael Olowokandi gained his net worth by playing basketball for the Los Angeles Clippers, Minnesota Timberwolves and Boston Celtics. Olowokandi was born in Lagos, Nigeria, but was raised in London, England. Michael attended the University of the Pacific in Stockton, California. Olowokandi earned $38 million in salary during his professional NBA career, with his peak earning year being 2005 when he made $5.9 million with the Timberwolves. Olowokandi is very charitable, having donated $100 thousand to the Children's Hospital in Los Angeles. His ex-wife Suzie Ketcham is currently starring on the VH1 reality series Basketball Wives. 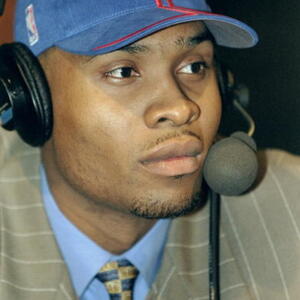