Lemon was born on April 25, 1932 in Wilmington, North Carolina. He attended Florida A&M University. He first applied to the Globetrotters in 1954, at the age of 22, and began playing the following year. In 1980, he left to form one of his Globetrotters imitators, the Bucketeers. He played with that team until 1983, then moved on to play with the Shooting Stars from 1984 to 1987. In 1988, he moved on to the Meadowlark Lemon's Harlem All Stars team. Despite being with his own touring team, in 1994 Lemon returned to the Globetrotters, playing 50 games with them. In addition to his career in basketball, Lemon also starred in a few television shows and was featured in the Grammy-nominated video, The First National Kidisc, an educational, interactive video. Lemon is a born-again Christian and an ordained minister. He had 10 children with his wife, Dr. Cynthia Lemon. Meadowlark Lemon died on December 27, 2015 at the age of 83. 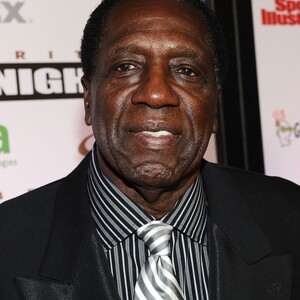