Matt Barnes net worth: Matt Barnes is an American professional basketball player who has a net worth of $13 million. Matt Barnes played 14 seasons in the NBA. He played for the Los Angeles Clippers, Sacramento Kings, New York Knicks, and Phoenix Suns, among other teams. In his last season with the league in 2017, Barnes won an NBA Championship with the Golden State Warriors.

Off the court, Barnes might be a familiar name to people who don't even watch professional basketball thanks to his relationship with Gloria Govan, who was a cast member on the "Basketball Wives" franchise of reality television. The former couple has two children, a set of twins. His younger brother is also a professional athlete, but he plays football as opposed to basketball.

Career Earnings: During his NBA career, Matt earned $35 million in salary. His peak salary was $6.1 million earned from the Sacramento Kings from 2016 – 2017.

Early Life and Career Beginnings: Matt Barnes was born in 1980 in Santa Clara, California to an African-American father and a white mother. He went to Del Campo High School in Fair Oaks, where he played varsity basketball and football. For both sports, Barnes earned All-American, All-State, All-City, and All-League honors. After graduating, he went to UCLA, where he played four seasons of college basketball.

Start of Professional Career: In the 2002 NBA draft, Barnes was selected in the second round by the Memphis Grizzlies. The Grizzlies then traded him to the Cleveland Cavaliers, which assigned him to the Fayetteville Patriots of the NBA D-League. After playing a season with the Patriots, Barnes signed with the Long Beach Jam of the ABA for that team's inaugural season in 2003. Playing with Dennis Rodman, Barnes and the team went 24-7, winning the ABA Championship. Due to his success, he was able to get a contract with the Los Angeles Clippers for the second half of the season.

Barnes signed with the Sacramento Kings in October of 2004; during his debut, he scored 17 points and nine rebounds. Halfway through the season, he was traded to the Philadelphia 76ers. However, his knee tendinitis prevented him from playing, and he was ultimately given an injury release. Following this, Barnes signed as a free agent with the New York Knicks. Despite an impressive preseason, he was waived after just six games. The Philadelphia 76ers then claimed him for a second stint with the team.

Golden State Warriors: In October of 2006, Barnes signed with the Golden State Warriors. Due to forward Mike Dunleavy Jr.'s time on the bench, coach Don Nelson gave Barnes more time to play. In December, he scored seven three-point field goals, tying the franchise record for the Warriors. Before this, Barnes had only made ten three-pointers in his career. However, after signing with the Warriors, his performance dramatically improved. In the 2006-2007 season alone, Barnes scored 106 three-pointers. In the postseason playoffs, he helped the team take down the #1 seed Mavericks.

Barnes returned to the Warriors in the summer of 2007 under a one-year contract. For the subsequent season, he served as a team captain alongside Stephen Jackson and Baron Davis. 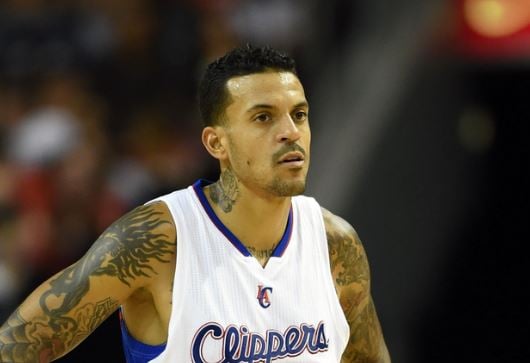 Suns, Magic, and Lakers: Barnes signed a one-year contract with the Phoenix Suns in 2008. He ran into some trouble that season when he got into a scuffle with the Houston Rockets' Rafer Alston, resulting in a two-game suspension. The next year, Barnes signed a two-year deal with the Orlando Magic, with the ability to opt out for the second year. He did just that following the team's elimination from the 2010 NBA Playoffs. In July of 2010, Barnes signed with the Los Angeles Lakers.

Despite his successes on the court, Barnes' chronic misbehavior kept coming back to bite him throughout his time with the Clippers. During the 2012 season, he was suspended for one game after he confessed to resisting, delaying, or obstructing a police officer. In November of 2013, he was fined $25,000 for not leaving the court after he was ejected from a game for using his Twitter account. During the 2014-2015 season, he was fined a number of times, including for kicking a water bottle and swearing, using inappropriate language toward a fan, and for making remarks to James Harden's mother during a playoff game.

Memphis Grizzlies: Only a month after he was traded to the Charlotte Hornets in 2015, Barnes was traded again to the Memphis Grizzlies, the team that first drafted him in 2002. However, in December, he was suspended for two games for a physical altercation he got into with New York Knicks coach Derek Fisher. Later, the NBA fined him $35,000 for publicly defending his violence against Fisher.

Following his misconduct, Barnes returned to successful playing. In February of 2016, he scored a season-high 25 points in a 128-119 victory over the Lakers. The next month, he recorded his first career triple-double with 26 points, 11 rebounds, and 10 assists.

Return to the Warriors: After once again signing with the Sacramento Kings in 2016, Barnes was waived. He subsequently returned to the Golden State Warriors, becoming the replacement forward for the injured Kevin Durant. Barnes had his greatest career success with the Warriors in 2017, when he helped the team win the NBA Championship against the Cleveland Cavaliers. It was his first championship ring in 14 seasons in the NBA. At the end of the playoffs, the Warriors had a 16-1 record, the best postseason winning percentage in the history of the league. Barnes announced his retirement in December of 2017.

Personal Life: Barnes was previously married to television personality Gloria Govan; together, they had twin boys. In 2010, Barnes was arrested on account of domestic violence against Govan. The couple split in 2014. 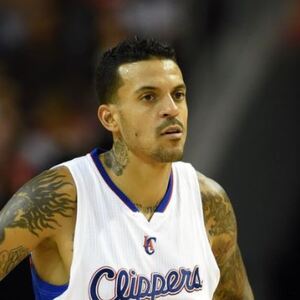