In 1973-74 he led the nation in rebounding and he broke the single-game school record by scoring 52 points in a game in 1973. He was also a consensus first-team All-American in 1974 Barnes was the #2 overall pick in the 1974 NBA Draft by the Philadelphia 76ers. He was also drafted by the Spirits of St. Louis in the 1974 ABA Draft. He chose to play for the ABA's Spirits from 1974 to 1976 before going to the NBA to play for the Detroit Pistons, Buffalo Braves, Boston Celtics, and San Diego Clippers. Barnes was the ABA Rookie of the Year and a two time ABA All-Star. He played for the Hurlingham Trieste in Italy and for the Detroit Spirits, Ohio Mixers, and Evansville Thunder in the CBA. Barnes was nicknamed "Bad News" for his frequent problems off-court. His jersey was retired by Providence College in 2008. Marvin Barnes passed away on September 8, 2014 at the age of 62. 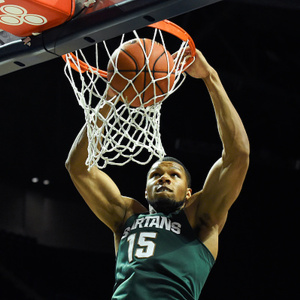