Markelle Fultz net worth and salary: Markelle Fultz is an American professional basketball player who has a net worth of $5 million. Markelle Fultz was born in Upper Marlboro, Maryland in May 1998. He is a 6'4″ point guard who played for DeMatha Catholic High School. Fultz was a McDonald's All-American and played in the Nike Hoop Summit in 2016.

He was also named the FIBA Americas Under-18 Championship MVP in 2016. Fultz played his college basketball at Washington for one year where he was named First-team All-Pac-12 and a Third-team All-American. He was the #1 overall pick by the Philadelphia 76ers in the 2017 NBA Draft. Fultz signed a multi-year endorsement deal with Nike just before the draft. He reportedly considered a deal with Lavar Ball's Big Baller Brand. At Washington Fultz averaged 23.2 points per game along with 5.7 rebounds per game and 5.9 assists per game as a starter during his freshman season. As the #1 pick of the draft, he will earn $5.8 million in his first NBA season. 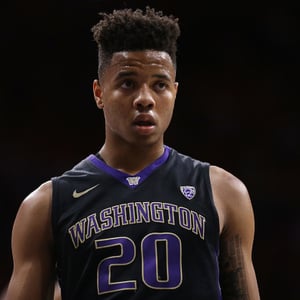