Mark Eaton Net Worth: Mark Eaton was an American professional basketball player who had a net worth of $6 million at the time of his death. Mark played in the NBA from 1982 to 1993. During his NBA career Mark earned a little over $9 million. That's the same as around $17 million today after adjusting for inflation.

Mark E. Eaton was born on January 24, 1957, in Westminster, California. He was drafted by the Phoenix Suns in the 1979 NBA Draft after finishing his freshmen year at Cypress College. Eaton was eligible to be drafted as he had already been four years out of high school by 1979. Interestingly, Mark opted to stay in college, transferring to the University of California, Los Angeles (UCLA) in 1980. At UCLA he played under legendary coach John Wooden.

Even though he didn't see much action in his two seasons with the Bruins, Eaton was still selected by the Utah Jazz as the 72nd pick in the fourth round of the 1982 NBA Draft. The Jazz recognized his great potential as a future dominant defender. Mark Eaton did not fail to meet their expectations. He ended up spending his entire professional NBA career with the Jazz. He was an NBA All-Star selection in 1989 and fetched two NBA Defensive Player of the Year awards (in 1985 and 1989) in the process.Eaton's 7 ft. 4 in (2.24 m) height that helped him turn into one of the best defensive centers in the history of NBA. He is even a record-holder when it comes to amassing most blocks in a season (456) and career average blocked shots per game (3.50).

After retiring Mark worked as a color commentator for KJZZ-TV for Utah Jazz and University of Utah basketball games.

From 1997 he was the a board member of the National Basketball Retired Players Association.

Tragically Mark Eaton died on May 28, 2021 while taking a bike ride in Park City, Utah. 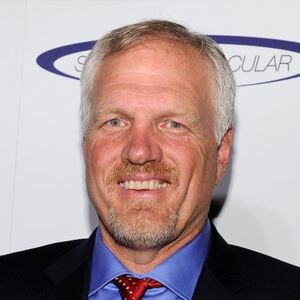