Mario Chalmers net worth and salary: Mario Chalmers is a professional basketball player who has a net worth of $12 million. During his NBA career Mario Chalmers played for the Miami Heat and the Memphis Grizzlies in the NBA. He earned around $24 million from salary alone while in the NBA. His peak career salary came in 2015 when he earned $4.3 million from the Grizzlies. He also played for international teams like Virtus Bologna, AEK Athens, and the Aris team (of the Greek Basket League).

Early Life: Chalmers went to Bartlett High School, which is located in Anchorage, Alaska. There, Chalmers was named the 4A State Player of the Year — three times in a row, as a matter of fact. Chalmers joined a rare sort of company with Trajan Langdon, who was the only other player to do so at that time. Chalmers would go on to lead his Bartlett squad to not one, but two state championships (2002 and 2003). Bartlett would also earn a runner-up finish in 2004 with Chalmers guiding the team. Chalmers would earn accolades as a five-star recruit from reputable source Rivals.com. Chalmers would be listed as the No. 2 point guard in the nation as well as the No. 12 overall player in the nation (2005).

NCAA Career: Chalmers had many topflight colleges contending for him, Arizona, North Carolina, and Wake Forest — to name a few. Chalmers would end up giving his commitment to the University of Kansas in 2004.

Chalmers would start his college career on the bench, playing backup to Jeff Hawkins. Chalmers worked his way into Kansas's starting rotation as of January in 2006. Chalmers would finish his freshman season starting 21 of Kansas's final 22 games. Chalmers ended up finishing out his inaugural NCAA season with an 11.5 points per game average, which put him at the second leading scorer spot for Kansas. Chalmers was only the second freshman in Big 12 history to earn Conference Player of the Week honors. Chalmers was also named National Freshman of the Week on two occasions.

By Chalmers's junior year he had averaged 12.8 points per game, leading the team in assists (4.3), and putting up 46.8% 3-point shooting accuracy. Chalmers also put up 97 steals, tying the school single season record. Chalmers helped Kansas win the 2008 NCAA Championship. Chalmers put up a dramatic three-point shot with 2.1 seconds left on the game clock. His contribution put Kansas in the game and gave them an overtime victory as the Jayhawks defeated the Memphis Tigers. In April 2008, Chalmers would enter the NBA draft.

Real Estate: Before making his foray into European basketball leagues, Chalmers would sell his expansive home in Matthews, North Carolina in 2019 — which was a 11,011-square-foot manor that he sold for $2.2 million. Chalmers's custom home had five bedrooms and six and a half bathrooms.

Charity Work: Chalmers works as the founder of the Mario V. Chalmers Foundation, an organization which works in support of athletic and educational programs for underprivileged children. Chalmers also does extensive charitable work for breast cancer research. During the summer of 2012, Chalmers helped organize and direct the Miracle Shot Mario Chalmers basketball camp, which took place in Salina, Kansas. In 2013, Chalmers would help organize and establish a travel team program for boys, which became Team Rio National. The U17 team rose to the top ranks in the nation and would ultimately compete in the UAA. 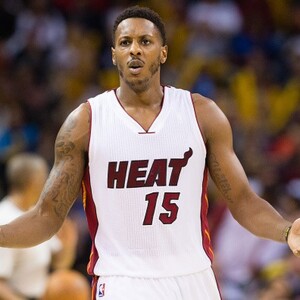