Manute Bol Net Worth: Manute Bol was a Sudanese basketball player and political activist who had a net worth of $7 million. Manute Bol earned his net worth through his years sport career. Sudanese-born Manute Bol (October 16, 1962 – June 19, 2010) is best known for being the second tallest man to have ever played in the National Basketball Association (NBA), right after Gheorghe Mureşan.

Standing at 7ft 7 (2.31m) tall, he was even listed in the Guinness Book of World Records. Prior to turning pro, he played for two colleges and it took him a while to enter the NBA. It was in 1987, when Bol was selected 12th overall by the Washington Bullets in the NBA Draft that year. He had since played for four NBA teams as a center, making a name for himself as a specialist player. Throughout his decade-long career, Manute Bol excelled at shot-blocking, but on the other hand, all of the rest aspects of his game were thought to be fairly weak. Actually, he had more shots blocked (2,086) than points scored (1,599), thus becoming the second all-time blocker in NBA history and ranking 15th on the career blocks list. A great philanthropist at heart, he helped his homeland through his Sudan Sunrise Foundation, which stood behind numerous projects like building schools etc. Manute Bol died prematurely at the age of 47 in Charlottesville, Va. of kidney failure and complications stemming from a rare skin disorder, Stevens-Johnson syndrome. 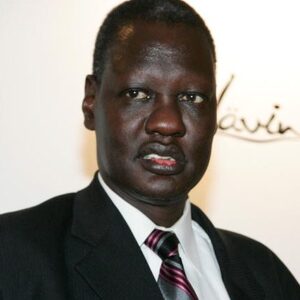