Malik Rose Net Worth: Malik Rose is a former American professional basketball player and media personality who has a net worth of $23 million. Born in Philadelphia, Pennsylvania, in 1974, Malik Rose played high school basketball in Philly before attending Drexel University from 1992 until 1996. While in college, Rose was a two-time America East Conference Player of the Year in 1995 and 1996, and earned third-team All-American honors during his senior season.

The Charlotte Hornets drafted Rose with the 44th overall pick during the second round of the 1996 NBA Draft. Rose played in Charlotte until he landed a free agent deal with the San Antonio Spurs in 1997, where he became a fan favorite. Rose remained in San Antonio until 2005 before joining the New York Knicks from 2005 until 2009 and later the Oklahoma City Thunder in 2009. Rose was part of two NBA Championship-winning teams, both with the Spurs in 1999 and 2003. He finished his pro playing career with 5,003 career points, 3,371 rebounds, and 684 assists. In 2011, the six-foot-seven, 250-pound forward was inducted into Drexel University's Athletic Hall of Fame. After his retirement, he became a broadcast analyst for the New York Knicks and later the Austin Toros and Philadelphia 76ers. 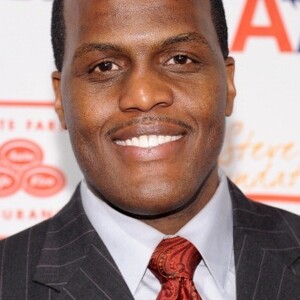