Luol Deng Net Worth and salary: Luol Deng is a British professional basketball player who has a net worth of $200 million. Luol Deng was born on April 16, 1985, in Wau, Sudan (now South Sudan). He was only eight years old when he and his family left Sudan to escape the civil war at the time, thus moving to Egypt and then settling in London. By the time he turned 13, he already represented England as a member of the Brixton Basketball Club. At the age of 14, he moved to the U.S. to hone his basketball skills further at Blair Academy in New Jersey. Thanks to his evident talent, Luol Deng was regarded the second most promising high school senior in America after LeBron James. Next, he continued on to Duke University, where he became the only freshman in the history of ACC to lead all rookies in scoring, rebounding and field goal percentage. Spending one year at Duke, Deng was selected seventh overall by the Phoenix Suns in the 2004 NBA Draft, after which he was traded to the Chicago Bulls. With the Bulls, he earned numerous awards and accolades, including an NBA All-Star game selection in the 2011-2012 season. It was in 2006 that he became naturalized British citizen, and one year later he started to compete for the Great Britain national basketball team. He played for the Cleveland Cavs in 2014 then was traded to the Miami Heat and then the LA Lakers. Having risen from humble origins, Luol Deng actively supports various charities. During his career to date, Luol Deng has earned $136 million in salary alone, as of July 2019.

Real Estate Portfolio: Deng has been investing in real estate since his first year in the league in 2004. Today he owns a portfolio of hotels, resorts, condos and apartment buildings that are worth $125 million. 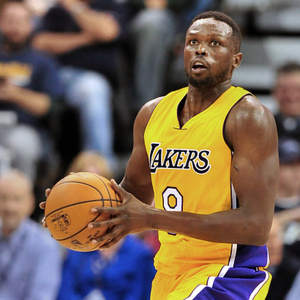