Lou Williams Net Worth and salary: Lou Williams is an American professional basketball player who has a net worth of $16 million. Louis Tyrone "Lou" Williams was born on October 27, 1986 in Memphis, Tennessee. He currently plays point guard/shooting guard for the Toronto Raptors of the NBA (National Basketball Association).

Williams played at Snellville's South Gwinnett High School under Roger Fleetwood, where he was a four-time All-State selection, was named Georgia's "Mr. Basketball" during his junior and senior year and was voted as the "Most Athletic" Senior Superlative by peers. In his junior year, Williams led South Gwinnett to win the 5A Georgia State Championship. As a senior, Williams averaged 27.5 points, 6.6 rebounds and 5.2 assists per game while leading South Gwinnett to a 28–3 record and fourth place finish in the state. Williams also won the 2005 Naismith Prep Player of the Year Award, which acknowledges the nation's top high school player, and was named to the 2005 McDonald's All-American East Team. Williams initially committed to play at the University of Georgia, but ultimately declared for the 2005 NBA Draft. Between 2005 and 2014, Williams played for the Philadelphia 76ers (2005-2012) and the Atlanta Hawks (2013-2014). On June 30, 2014, Williams was traded to the Toronto Raptors, along with draft rights to Lucas Nogueira, in exchange for John Salmons and 2015 second round pick. He went to the playoffs five times between 2008 and 2014 (Philadelphia in 2008, 2009, 2011 and 2012 and Atlanta in 2014). On the personal side of things, in 2011, Williams claims to have been saved from being robbed when a gunman recognized him as a basketball celebrity and he and the gunman came to an understanding. Williams reportedly then bought the gunman food from McDonald's after the altercation. 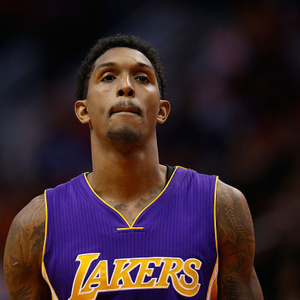