Lorenzen Wright Net Worth: Lorenzen Wright was an American professional basketball player who had a net worth of $20 million. During his career Lorenzen earned $55 million in salary alone. He was murdered in 2010 by an ex-wife.

Born in Memphis, Tennessee, in 1975, Lorenzen Wright played college basketball locally at Memphis from 1994 until 1996. He earned consensus second-team All-American honors in 1996 while with the Tigers. The Los Angeles Clippers drafted Wright with the seventh overall pick of the first round during the 1996 NBA Draft. Wright played with the Clippers until 1999 before joining the Atlanta Hawks. He went on to play with the Memphis Grizzlies (2001-2006), the Atlanta Hawks (2006-2008), the Sacramento Kings (2008), and the Cleveland Cavaliers (2008-2009). The six-foot-eleven, 255-pound power forward/center finished his pro playing career with 6,191 points, 4,934 rebounds, and 622 assists. He appeared in 15 playoff games, including three straight postseason runs with Memphis from 2004 until 2006. He played with the U.S. men's national team, earning a gold medal at the Summer Universiade in 1995 in Fukuoka.

Wright was the center of a mystery when he disappeared on July 18, 2010, in Collierville, Tennessee, after he left his ex-wife's house. His body was found ten days later on July 28. It was later revealed that his cell phone dialed 911 hours after he went missing and the recording with the dispatcher picked up gunshots. His ex-wife pleaded guilty to killing Lorenzen in July 2019. 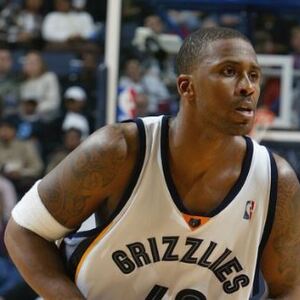