What is Lonzo Ball's Net Worth and Salary?

Lonzo Ball is an American professional basketball player who has a net worth of $35 million. Ball started his NBA career in 2017 after playing a single season for the UCLA Bruins. He was originally chosen by the Los Angeles Lakers in the 2017 NBA Draft, but he was subsequently traded to the New Orleans Pelicans in 2019. In 2018, he was named to the NBA All-Rookie Second Team. After years of stellar performances for his high school team, he continued to win a number of honors and accolades throughout his college years. These included the Wayman Tisdale Award. Unfortunately, much of his rookie season was impacted by shoulder and knee injuries, resulting in limited playing time.

Outside of his basketball endeavors, Lonzo Ball is known for his involvement in a range of other pursuits. He is the brother of LiAngelo and LaMelo, both of whom are also players in the NBA. He and his family have created a clothing and footwear company, and they have also been featured in a reality show. In addition, Lonzo Ball is known for his fondness of music, and he has released a number of albums and singles.

Lonzo Anderson Ball was born on October 23rd of 1997 in Anaheim, California. Raised by two former college basketball players, Lonzo was playing basketball at a very early age alongside his two brothers. When the boys reached high school, they all played on the same team and were coached by their father. During this period, Lonzo showed his tremendous potential as a future professional athlete, receiving national honors and racking up an incredible number of points and records.

During the 2016-2017 season, Lonzo played college basketball for the UCLA Bruins. During his college years, his potential as a future NBA player became even more apparent. He led the entire nation in assists and helped the Bruins become one of the highest-scoring teams in America. After winning additional honors and breaking more records, Ball left college in 2017 to enter the NBA Draft.

Lonzo Ball's career started slow, and his rookie year was plagued by injury problems. In total, he missed 30 games due to shoulder and knee issues. Ball then underwent arthroscopic surgery on his left knee and returned to the Lakers' lineup in 2018. However, he suffered a Grade 3 left ankle sprain later that season, tearing a ligament. This was his third ankle injury that season. In 2019, Lonzo was traded to the New Orleans Pelicans. In 2021, it was announced that he was set to become a free agent in the off-season.

Ball met his long-term partner Denise Garcia in high school. They later had a child together, although the pair broke up in 2018. After two years, they appeared to reconcile in 2020.

Ball's business endeavors have been largely tied to his family's apparel business, which is called Big Baller Brand. He used this company's sports equipment instead of signing a brand endorsement deal with a major company, such as Nike or Adidas. In 2017, Lonzo and his family's company released their first shoe, which was priced at $495 and bore Lonzo's name. Lonzo owns 51% of the Big Baller Brand, despite not being a founder.

The shoe has been criticized for being overpriced, and for not having the same level of quality as other shoes. The Lakers even stated that they were concerned about the quality of the shoes, suggesting that they could be the root of Ball's ankle injuries. Amidst legal issues and concerns about the brand's longevity, Lonzo basically decided to give up on this business in 2019. He removed his tattoo of the brand's logo and removed all references to the company from his social media accounts. 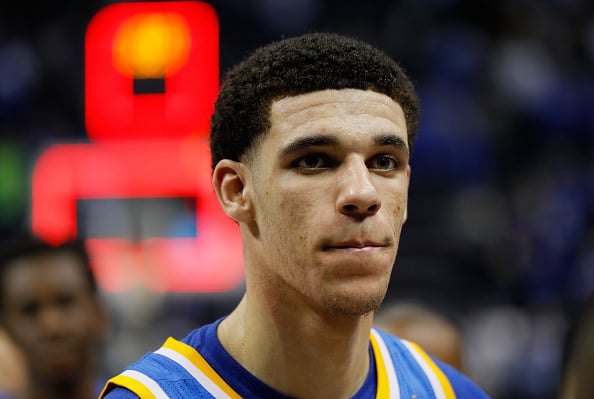 In 2017, Lonzo Ball and his family members debuted their own reality show on Facebook Watch called "Ball in the Family."

In 2019, Lonzo Ball announced that he was suing Gregory Alan Foster, a partial owner and manager of the Big Baller Brand. Along with his family members, Lonzo alleged that Foster had taken $1.5 million of his own personal money. In total, Lonzo and his family members sought to recoup more than $2 million in damages.

In July of 2017, Lonzo signed a four-year, $33-million deal with the Lakers. The deal paid him an average of $8 million per year.

In August 2021, Lonzo signed a four-year $85 million with the Chicago Bulls. The deal with pay an average of $21 million per year.

In 2017, it was reported that Ball had purchased a $5.2-million mansion in California. The Chino Hills residence was reportedly a "fixer-upper" when he purchased it just two months after the NBA draft of that year. The home sits on a plot of land that spans 3 acres, and it includes a 13,800-square-foot villa. Although the home needed work, it sported some notable features.

The residence was originally built in 2003, and it includes a theater, a library, and a fireplace. Additional highlights include cathedral-vaulted ceilings and interior balconies. In addition, there is a 1,200-square-foot guest house, a pool, and a cabana outside. Experts speculated that the home was not intended for his own personal use, but rather the use of his family.

After being traded to the Pelicans in 2019, Lonzo sold a commercial property in downtown Los Angeles for $4.365 million. This industrial warehouse was originally purchased by Lonzo's LLC in 2017 for $3.5 million. This warehouse spans 14,635 square feet and was used as a distribution center for the family's clothing and footwear company.

In April 2022, Lonzo paid $7.3 million for a newly-renovated mansion in Sherman Oaks, California. 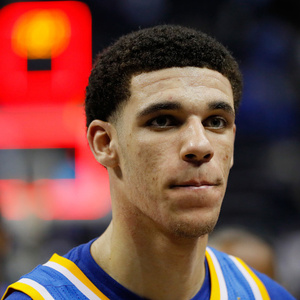