What Is Lisa Leslie's Net Worth and Salary?

Lisa Leslie is an American former professional women's basketball player for the WNBA who has a net worth of $5 million. In the WNBA, her salary was $91,000 per year. In 2001, Leslie was named the All-Star Game MVP, regular season MVP, and playoff MVP, becoming the first WNBA player to receive all three honors in the same season. The following year, she was the WNBA Championship MVP, and she was the league's all-time leading scorer.

Lisa Leslie was born Lisa Deshaun Leslie on July 7, 1972, in Compton, California. Her father, Walter, was a former professional basketball player, and her mother, Christine, owned a truck driving business. Lisa has three siblings, Dionne, Tiffany, and Elgin, and her father left the family before she was born. Leslie didn't meet her father until she was 12 years old. Shortly after beginning middle school, Lisa tried out for the basketball team at a classmate's insistence. She was the only left-handed player in the group, which inspired her to become right-hand dominant. When Leslie was in eighth grade, she transferred to a school that didn't have a girls' basketball team, so she joined a boys' team. At age 14, she received 100+ college recruiting letters from schools such as Stanford University and  the University of Tennessee. Lisa attended Morningside High School, where she joined the girl's varsity team and started in every game, and she was also a member of the volleyball and track and field teams. As the team's leading scorer, Leslie led them to two California state championships, and she was invited to play on the USA's Junior World Championship team. As a senior, she once scored 101 points during the first half of a game, setting a national record, and she was honored with the Naismith Award, which is awarded to the top high school basketball player in the country.

After high school, Lisa enrolled at the University of Southern California, earning a bachelor's degree in communications in 1994. At USC, she played in 120 basketball games and averaged 20.1 points per game. Leslie set Pac-10 Conference records for scoring (2,414 points), blocked shots (321), and rebounding (1,214), and she set a school record for the most blocked shots in a season (95). While Lisa was on the team, USC's record was 89–31, and they won a Pac-10 championship and made it into four NCAA tournaments. Leslie received All-Pac-10 recognition each year that she was on the team, and in 1991, she was honored with the Pac-10 Rookie of the Year award as well as the National Freshman of the Year award. She won several player of the year awards in 1994, and she received All-American Honors in 1992, 1993, and 1994. 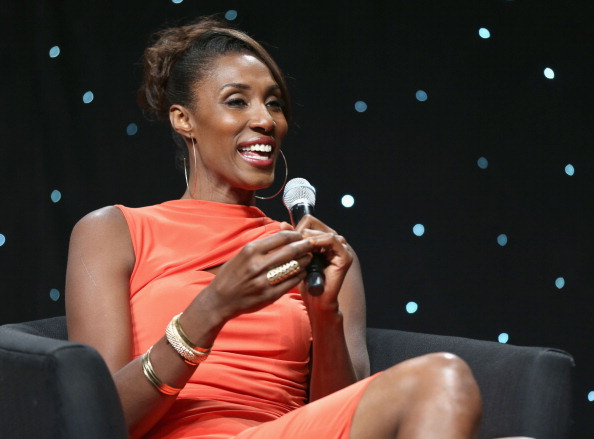 In January 1997, Lisa was drafted by the Los Angeles Sparks during the Initial Allocation phase of the WNBA draft. While Leslie was on the Sparks, the team made the playoffs five years in a row, and they won their first WNBA title in 2001. That year the Women's Sports Foundation named Lisa Sportswoman of the Year. In 2002, she became the WNBA's first player to score more than 3,000 total career points, and she helped the Sparks win their second consecutive WNBA championship. As of this writing, no other Sparks player has beaten Leslie's scoring and rebounding records. In 2009, she became the first WNBA player to surpass 6,000 points, a few months after announcing that she would be retiring at the end of the season. When Lisa left the WBNA, she held the records for points (6,263), points + rebounds + assists (10,444), and rebounds (3,307). Fans voted her one of the WNBA's top 15 players in 2011, and she was named one of the league's "Top 20 Players of All Time " (the WNBA Top [email protected]) in 2016.

At the age of 17, Leslie was chosen for the USA Basketball Women's Junior National Team, and during the 1989 Junior World Championship, she averaged 13.3 points per game and was the team leader in points, rebounds, and blocks. She played on the USA team that competed at the 1991 World University Games, and they took home the gold medal after winning all seven of their games. Lisa won four gold medals at the Olympics and two gold medals at the FIBA World Championship for Women (1998 and 2002). During the 2004 Olympics, Leslie became the nation's all-time leading scorer in Olympic competition.

Lisa married UPS pilot/former Air Force Academy basketball player Michael Lockwood on November 5, 2005. In 2007, she took a year off from basketball due to pregnancy, and she and Michael welcomed daughter Lauren Jolie Lockwood on June 15, 2007, followed by a son, Michael Joseph Lockwood II, on April 6, 2010. Leslie is a Christian, and in a 2014 interview with the "Biblical Recorder," she stated, "As a prayerful kid, I was always putting my faith and goals in the Lord's name. That was always one of the things that helped me the most. I always wanted to fulfill His purpose. I think that's really been the saving grace for me."