What is Latrell Sprewell's net worth career earnings and Salary?

Latrell Sprewell is a former American professional basketball player who has a net worth of $150 thousand. Sprewell is perhaps best known for his play on the court, but also for his actions off the court. During his storied career, Sprewell played in four all-star games. Unfortunately his contributions may have been overshadowed by controversy off the court, like the time Sprewell infamously tried to choke his one-time coach P.J. Carlesimo during practice. Despite his controversies, Sprewell played for the Warriors, Knicks, and Timberwolves.


During his NBA career, Latrell Sprewell earned nearly $100 million in salary alone. After retiring, Sprewell earned headlines for various legal and financial stumbles. At one point he owed $3 million to the state of Wisconsin in back taxes. A boat he owned was reportedly repossessed with $1.3 million worth of payments remaining and $650,000 worth of missed payments. Two of his homes were were reportedly foreclosed. Today Sprewell reportedly lives in a rented modest house in Milwaukee.

Latrell Fontaine Sprewell was born on September 8, 1970, in Milwaukee Wisconsin. His parents were Pamela Sprewell and Latoska Field. Early in his upbringing, Sprewell and his family moved away from Milwaukee, relocating to Flint, Michigan. During his sophomore year, his parents split, and Sprewell moved back to Milwaukee in order to live with his mother. It wasn't until his senior year that Sprewell started to take the game of basketball seriously. Even though Sprewell had zero experience when it came to organized play, he made the team and ended up averaging 28 points per game that year.

Sprewell played for the Golden State Warriors, the New York Knicks, and the Minnesota Timberwolves. During Sprewell's prime production years, he was named an NBA All-Star game multiple four times and garner a reputation as one of the finest mid-range players in the league at the time. Sprewell was also an instrumental component on the Knicks, helping the team reach the NBA Finals as a result.

Even so, Sprewell's 1997 incident, a situation in which Sprewell attempted to choke Warriors head coach P.J. Carlesimo during a practice, would undeniably overshadow any and all contributions Sprewell made on the court. As a result of his actions during practice, Sprewell was suspended for 68 games, which equaled the lion's share of an NBA regular season. Sprewell's career in the NBA came to an end in 2005,- at a time when Sprewell turned down a lucrative 3-year $21-million contract, making claims that such a number was not even enough to feed his children.

Later, Sprewell and his representation had planned to play some sort of waiting game around a trade deadline in order to sign with a desperate team for additional money.

In March of 2006, Sprewell was offered multiple contracts — by the Dallas Mavericks as well as the San Antonio Spurs. Both teams were strong championship contenders at the time. Sprewell actually failed to respond to interests in his favor, remaining a free agent as the NBA season came to an end. The Los Angeles Lakers  also expressed interest in Sprewell, but nothing definitive would ever come of this. During his final season with the Minnesota Timberwolves, Sprewell averaged 12.8 points per game. 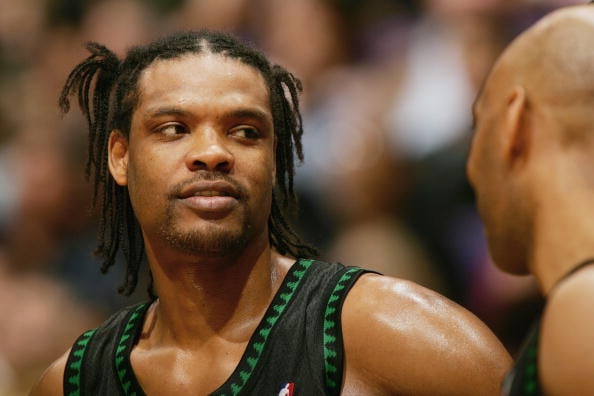 The incident that would follow Sprewell for the rest of his basketball career occurred on December 1, 1997.

During a routine practice session, Sprewell attacked Warriors head coach P. J. Carlesimo in front of the rest of the entire Warriors team. Carlesimo apparently yelled at Sprewell in order to inspire him to make "crisper" passes. In response, Sprewell gave the impression that he was not interested in the coach's criticism, telling Carlesimo to remain at a distance. Carlesimo decided to approach, calling what he thought was a Sprewell bluff. Sprewell then allegedly threatened to kill Carlesimo, dragging the coach by the throat. It was reported that Sprewell choked Carlesimo for the better part of 10 seconds. Teammates and assistant coaches intervened Sprewell off Carlesimo.

Sprewell returned to practice around 20 minutes later and again accosted Carlesimo. Sprewell landed a blow that glanced across Carlesimo's right cheek before, again, being held back by assistant Warriors staff.

Sprewell was suspended for 10 games total without pay as an initial punishment. The very next day, perhaps as a targeted response to a public uproar, the Warriors decided to void the rest of Sprewell's contract — this included $23.7 million that he would have otherwise earned over the next three years. The NBA also made the decision to suspend Sprewell for one calendar year. Sprewell took the case to arbitration, but to only a small avail. Although Sprewell's contract voiding was overturned, the league still stood by suspending Sprewell for the remainder of the season — without pay. This resulted in 68 games. 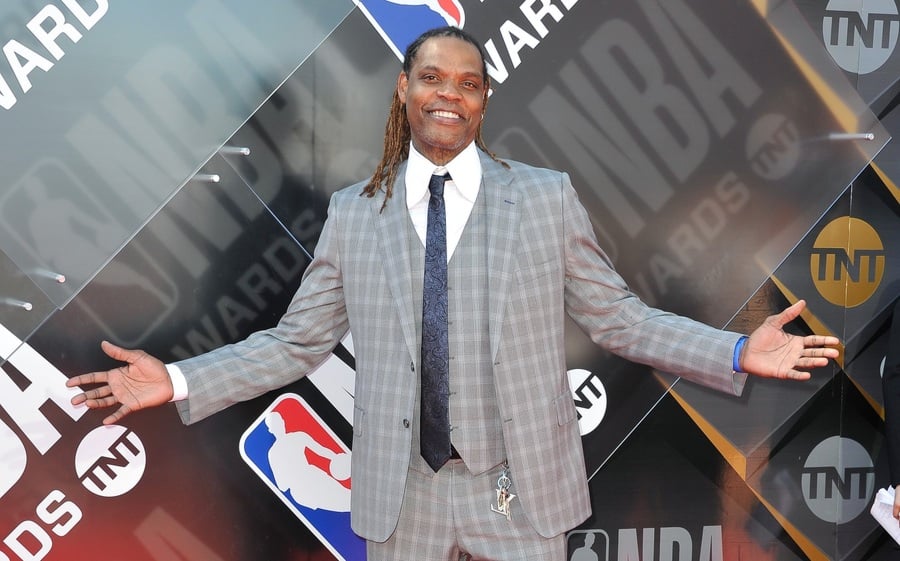 Unfortunately, violent patterns in Sprewell's behavior wasn't simply an isolated incident. Back in 1995, Sprewell had an altercation with his teammate, Jerome Kersey, threatening the NBA player with a two-by-four, and, reportedly, also with a firearm. Sprewell also fought with teammate Byron Houston during a 1993 practice.

Additional legal and financial troubles continued for Sprewell. At one point a prior ex-girlfriend sued Sprewell for $200 million.

Today, it is reported that Sprewell lives in a rental, a modest house in Milwaukee, and serves as a cautionary tale to NBA players, not only to be careful with their financial decision, but also with their demeanor and behavior on and off the court. 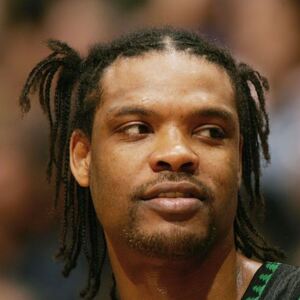