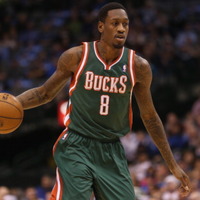 Larry Sanders net worth: Larry Sanders is an American former professional basketball player who has a net worth of $12 million. Larry Sanders was born in Fort Pierce, Florida in November 1988. Sanders was a 6'11" power forward and center. He played for Port St. Lucie High School where he was named first team all-state and helped lead his team to a District 13-5A Championship. Sanders played his college basketball at Virginia Commonwealth University. During that time he was named to the Colonial Athletic Association All-Freshman Team. He was a three time CAA All-Defensive Team player and was a two time CAA Defensive Player of the Year. Sanders was also Second-team All-CAA in 2009 and First-team All-CAA in 2010. He was the 15th overall pick in the 2010 NBA Draft by the Milwaukee Bucks. In 2014 he was suspended for five games for violating the NBA's drug policy when he tested positive for marijuana. He later violated it again and was suspended without pay for a minimum of 10 games. In 2015 Sanders walked away from his NBA career taking a buyout on his remaining contract for about $23 million.