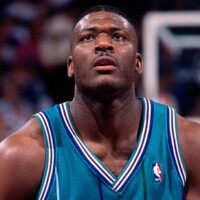 Larry Johnson Net Worth: Larry Johnson is a retired American professional basketball player who has a net worth of $10 million. Born in 1969 in Tyler, Texas, Larry Johnson is a six-foot-seven small forward/power forward who played college basketball at Odessa College and later UNLV. A highly touted high school prospect, Johnson was a two-team first-team All-American and won the Big West Conference Player of the Year award twice. He was named the NABC Player of the Year and the USBWA Player of the Year awards in 1991, and the John R. Wooden Award the same year. He was also named Naismith College Player of the Year after guiding the UNLV Runnin' Rebels to the NCAA Championship. The Charlotte Hornets selected Johnson with the first overall pick of the 1991 NBA Draft. He played with Charlotte from 1991 until 1996 and the New York Knicks from 1996 until 2001. He earned NBA Rookie of the Year honors in 1992 and was a two-time NBA All-Star in 1993 and 1995. Johnson retired with 11,450 career points, 5,300 rebounds, and 2,298 assists. Johnson played on the U.S. men's national basketball team. He won a gold medal at the FIBA World Championship in Canada in 1994 and a gold medal at the summer Universiade in 1989 in Duisburg. He has worked in the Knicks' front office after his retirement. Johnson has also appeared in several TV shows and movies, including "Family Matters", "Space Jam", and "Eddie".