Larry Brown net worth and salary: Larry Brown is an American basketball coach who has a net worth of $70 million. When take into account inflation, Larry Brown earned approximately $156 million during his coaching career. From 2003-2006 alone, Larry earned $45.5 million from the Pistons and The Knicks. That breaks down to $187,000 every game coached.

He earned $28.5 million coaching The Knicks for 331 days. Larry Brown was born in Brooklyn, New York in September 1940. Before coaching Larry was a professional basketball player. He played at Long Beach High School and then played for the University of North Carolina from 1960 to 1963. Brown was drafted by the Baltimore Bullets in the 7th round of the 1963 NBA Draft. His professional career was played with the New Orleans Buccaneers, the Oakland Oaks / Washington Caps/ Virginia Squires, and the Denver Rockets all of the ABA. As a player Brown was an ABA Champion, three time ABA All-Star, All-Star MVP, and All-ABA Second Teamer. As a coach Brown started off as an assistant for North Carolina. He got his first head coaching job with the Carolina Cougars of the ABA and then coached the Denver Nuggets of the ABA and NBA. Brown coached the UCLA Bruins from 1979 to 1981 before returning to the NBA to coach the New Jersey Nets from 1981 to 1983. He went back to college to coach the Kansas Jayhawks from 1983 to 1988. He then returned to the NBA to coach the San Antonio Spurs, Los Angeles Clippers, Indiana Pacers, Philadelphia 76ers, Detroit Pistons, New York Knicks, and Charlotte Bobcats. He is current the coach at Southern Methodist University since 2012. Brown won an NBA Championship as coach in 2004 and was named NBA Coach of the Year in 2001. He has led his teams to three Eastern Conference championships and was a two time NBA All-Star Game head coach. Brown also won the Naismith College Coach of the Year honor and was a three time ABA Coach of the Year.

He won a gold medal playing for the United States at the 1964 Tokyo Olympic Games. In 2002 he was enshrined into the Basketball Hall of Fame as a coach. 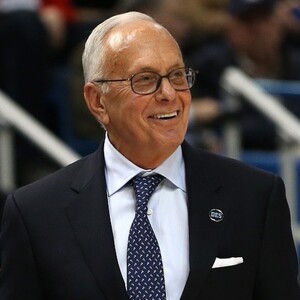