How much is Langston Galloway Worth?

Langston Galloway net worth: Langston Galloway is an American professional basketball player who has a net worth of $1 million. Langston Galloway was born in Baton Rouge, Louisiana in December 1991. He is a guard who was a two time District 7 1-A Player of the Year at Christian Life Academy. He also earned Class 1A All-State first team honors and won the Class 1A title. Galloway played his college basketball at Saint Joseph's where he was named to the Atlantic 10 All-Rookie Team in 2011, Second-team All-Atlantic 10 in 2012, and First-team All-Atlantic 10 in 2014. Galloway went undrafted in the 2014 NBA Draft, but signed with the Westchester Knicks in the NBA Developmental League. Since 2015 he has played for the New York Knicks. 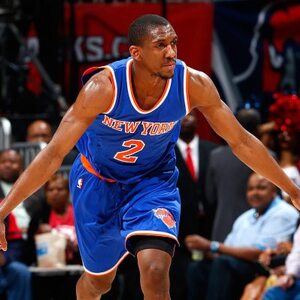