What is Kyrie Irving's net worth and salary?

Kyrie Irving is an Australian-American basketball player who has a net worth of $90 million. Over the course of his career, he won one championship title and earned his place on the NBA All-Star Team. Additionally, Irving won an Olympic Gold medal and has earned hundreds of millions of dollars through salary and endorsements. More on these earnings later in the article.

Kyrie Irving was born on March 23rd of 1992 in Melbourne, Australia. Although he was born in Australia, both of his parents are American expatriates. When Irving was two years old, he moved back to the United States alongside his two sisters. Irving's father was a talented basketball player in his time and played college basketball at Boston University. He then played in Australia's professional basketball league.

When Kyrie Irving was four years old, his mother died of an illness. Because of this, Irving's aunts played a major role in his upbringing. After moving back to the United States, Irving grew up in West Orange, New Jersey. From a young age, Irving became convinced that he would one day play in the NBA. He trained often at Boston University because of his father's connection to the institution. Later, he received a scholarship to the school. Kyrie is a dual citizen and holds both Australian and American passports.

It was clear that Kyrie Irving was a promising basketball player during high school. After excelling for his high school team, he eventually earned a spot on the Junior National Select team. In 2010, he was part of the American team that won the gold medal at the FIBA Americas Under-18 Championship.

Although Irving won a scholarship to Boston University, he elected to attend Duke University instead. His season started well in 2010, but he suffered a setback after eight games with a ligament injury. Eventually, he returned to fitness but would only play a few more games before transferring to the NBA. 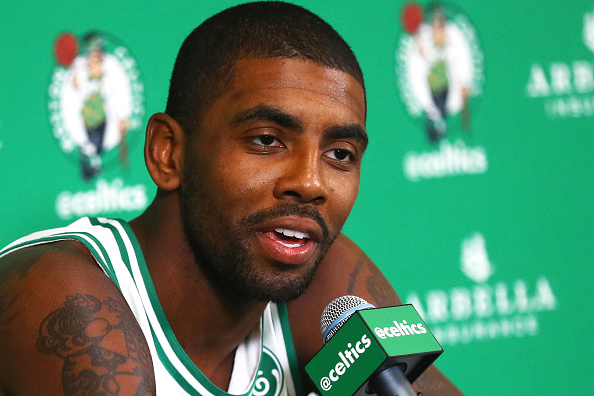 In 2011, Kyrie Irving entered the NBA draft and was selected by the Cleveland Cavaliers. He performed well during the first season and earned a spot on the NBA All-Rookie First Team. Next season, Irving suffered another major setback when he broke his hand after hitting it against a wall in frustration during practice. Although the surgery on his hand was successful, he returned to the team only to injure his finger at the start of the season.

After taking three weeks off to heal, he returned to the team once again and showed his true potential, scoring 41 points against the New York Knicks. This earned him a spot in the All-Star team for the first time. He continued to perform well throughout the 2013-2014 season, earning him a lucrative contract extension with the Cavaliers.

The 2014-2015 season was especially impressive for Irving, and he continued to perform feats like scoring 55 points against Portland. However, the season would end in disappointment as he injured his knee during Game 1 of the NBA Finals against Golden State Warriors. The kneecap injury proved to be serious, and Irving had to stop playing for 3 to 4 months. The Cavaliers eventually lost the finals as well.

Although Irving rejoined the team late into the 2015-2016 season, he quickly made his presence known. After playing well throughout the season, the Cavaliers met the Golden State Warriors in the finals once again. After a long series, the Cavaliers came back from a 3-1 deficit to win the finals 4-3. Although Irving played extremely well during the next season, the Cavaliers eventually lost against the Golden State Warriors during the 2016-2017 season. In 2016, he also helped the U.S.A Basketball Team win the gold medal at the 2016 Summer Olympics.

The 2018-2019 season proved to be a major turning point for Kyrie Irving, as he requested to be traded. The Cavaliers accepted his request, and he was sent to play for the Boston Celtics. He had an immediate impact on his new team and helped them beat San Antonio Spurs for the first time since 2011. However, injury-related issues would again cause Irving to miss the end of his season. Surgery on his left knee forced him to rest for a period of 5 months. With that said, Irving was still able to play during the season-opener in 2018-2019. He continued his typical run of high-scoring achievement throughout that season and became even better at providing assists.

In 2019, Irving signed with the Brooklyn Nets as a free agent. He began his Nets career with a whopping 50 points on his debut against the Timberwolves. Unfortunately, injury problems struck again, as Irving suffered a right shoulder injury that caused him to miss 26 games. Upon his return in 2020, Irving returned to peak form almost instantly, scoring 54 points against the Chicago Bulls. However, the season ended with injury woes once again, as surgery was required for his injured shoulder. 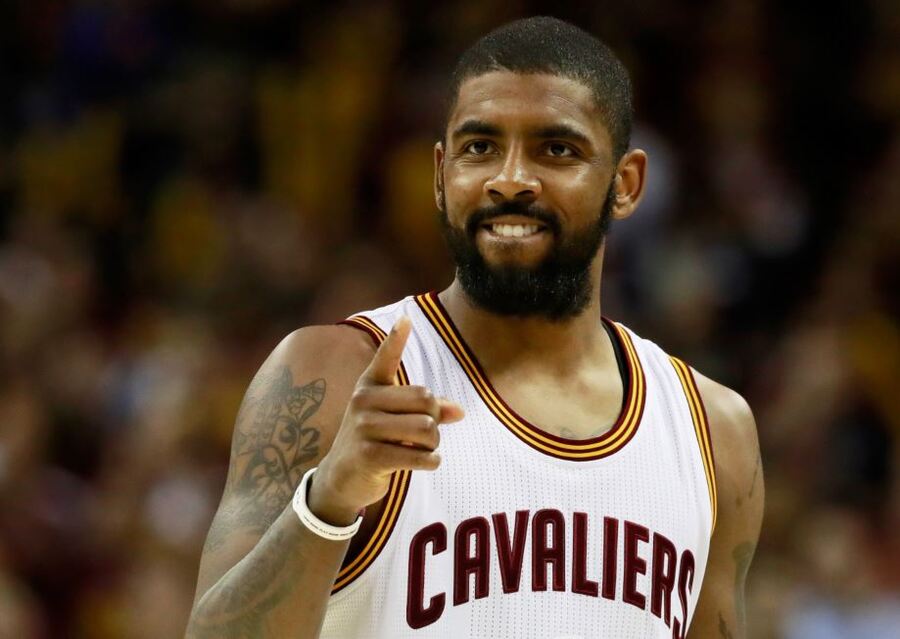 Kyrie Irving has starred in a number of Pepsi Max commercials, often playing the character of "Uncle Drew." He also directed one of these commercials. The character later spawned a movie in 2018 called Uncle Drew. Irving's other acting credits include a guest role on Disney's Kickin' It and a voice acting role in an episode of Family Guy.

In 2014 Kyrie signed a five-year contract with the Cavs that was worth $94 million.In 2019 he signed a four-year $141 million deal with the Brooklyn Nets. That works out to $35 million per year in average annual contract salary.

Kyrie Irving has one child from a relationship with an ex-girlfriend. Upon hearing of Kobe Bryant's death, Kyrie Irving didn't take part in his scheduled game against the New York Knicks as scheduled and left the stadium to mourn. During the 2016-2017 season, Kyrie Irving switched to a plant-based diet. In the past, Kyrie Irving has stated that he believes in many conspiracy theories, and that "our education system is flawed." 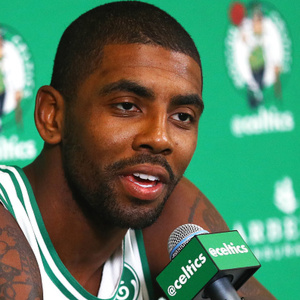