Kyle Singler net worth: Kyle Singler is an American professional basketball player who has a net worth of $3 million. Kyle Singler was born in Medford, Oregon in May 1988. He is a 6'8″ small forward who was a McDonald's All-American and Oregon Player of the Year at South Medford High School.

Singler played his college basketball for Duke where he won an NCAA championship and was named the NCAA Final Four Most Outstanding Player in 2010. In 2011 he was named as a second-team All-American – NABC. Singler played in Spain for Lucentum Alicante in 2011 and for Real Madrid from 2011 to 2012 where he won the Spanish King's Cup. He was drafted #33 by the Detroit Pistons in the 2011 NBA Draft and played for the Pistons from 2012 to 2015. Singler was traded to the Oklahoma City Thunder in 2015. He was named to the NBA All-Rookie Second Team in 2013 and has also represented the United States in international competition, winning a Gold Medal at the 2006 FIBA Americas U-18 Championship. 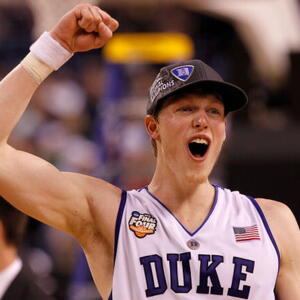