Kwame Brown net worth and salary: Kwame Brown is an American basketball player who has a net worth of $4 million. Brown is perhaps best known for contributions as a role player on the Los Angeles Lakers, playing alongside Kobe Bryant, but he has also played on several additional NBA teams, including the Detroit Pistons, Golden State Warriors, and the Philadelphia 76ers.

Between salary and endorsements, Kwame earned around $100 million during his career. Unfortunately later in his career he experienced some financial troubles. At one point he even sued his financial advisors at Merrill Lynch claiming they stole $17.4 million from his accounts. More on this later in the article.

Early Life/High School Career: Kwame Brown was born in Charleston, South Carolina on March 10, 1982. For high school, he attended Glynn Academy in Georgia. While there, he set the school record for rebounds (1,235) and blocked shots (605).

Brown would go on to be selected for the 2001 McDonald's All-American Team.

NBA Career: Brown's unprecedented work as a high schooler perhaps contributed to what some would call an "underachieving" career in the NBA. The Washington Wizards, under owner/iconic hoopster Michael Jordan, named Brown their first overall pick in the 2001 NBA Draft. Brown told Wizards acting coach Doug Collins (who actually coached Jordan earlier in his career and maintained a strong relationship with Jordan), "If you draft me, you'll never regret it." Browned would be the first player to be selected at the #1 spot right after his high school career.

Brown, during his initial year, experienced a huge amount of hype — which came with sky-high expectations. Brown's rookie season would be marred by what some might consider a lack of maturity, not to mention a serious lack of production on the court. During Brown's rookie season he was only able to manage averaging 4.5 points and 3.5 rebounds per game.

It's no secret that Brown would be moved around during his years in the league as many teams struggled to find a place for him on the court and on their rosters. Brown has played for teams like the Washington Wizards, the LA Lakers, the Memphis Grizzlies, the Detroit Pistons, the Charlotte Bobcats, the Golden State Warriors, as well as the Philadelphia 76ers.

His third year was perhaps Brown's best. He recorded career highs in both points (10.9) and rebounds (7.4). For his career, Brown has averaged 6.6 points and 5.5 rebounds. After being waived by the 76ers in November 2013, he became a free agent. 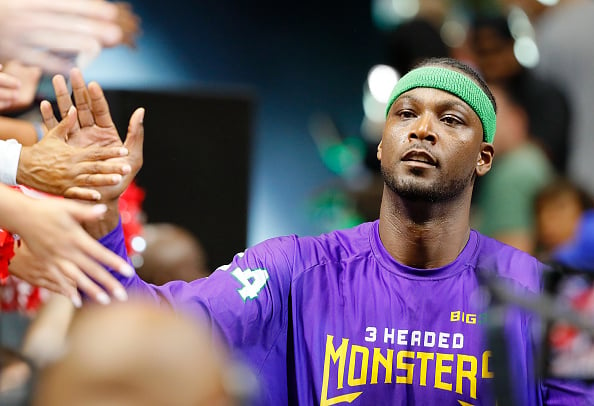 Post-NBA Career: Brown, after leaving the NBA for three years, would go on to sign with Interperformances player agency (August 22, 2016) as an attempt to make a comeback to the game he loved and excelled at in prior years.

Brown would be named the fifth overall pick for the BIG3 basketball league inaugural draft in 2017. Brown played on the 3 Headed Monsters team, a team which made it to the alternative league's finals. The Monsters ended up losing to Trilogy with a final score of 51–46.

Legal/Financial Troubles: Brown has faced a significant amount of legal and financial troubles, which includes a 2007 arrest for interfering with an investigation. Brown was additionally accused for allegedly throwing a cake at a man in Hermosa Beach during this same year. In this case, however, the charges would eventually be dropped.

During his career, Kwame Brown earned $64 million in salary before taxes and fees. Between endorsements and salary (and after taxes) Brown earned an additional $35 million.

Unfortunately, as it was revealed in a 2018 lawsuit, Kwame made the claim that his financial advisors at Merrill Lynch stole $17.4 million from his investment portfolio. Brown claims his signature was forged in various forms which allowed advisors to make investments and stock trades that he did not give his consent to.

Brown was arrested on March 31, 2019 by Georgia state police. He was charged with felony possession of edible marijuana products as well as misdemeanor possession of less than one ounce of marijuana. 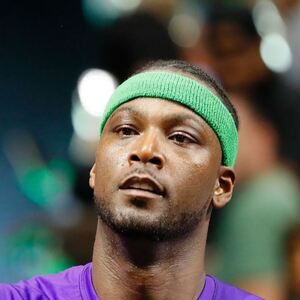