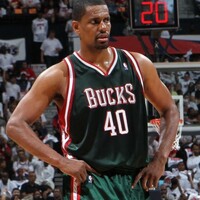 Kurt Thomas Net Worth: Kurt Thomas is an American professional basketball player who has a net worth of $21 million. Born in 1972 in Dallas, Texas, Kurt Thomas played college basketball at Texas Christian University. He led NCAA Division I teams in scoring and rebounding during the 1994-95 season when he put up almost 29 points per game to go along with 14.6 rebounds. Thomas was named the Southwest Conference Player of the Year in 1995 and was a third-team All-American the same season. The Miami Heat drafted Thomas with the tenth overall pick during the first round of the 1995 NBA Draft. He played with Miami until 1997 and then joined the Dallas Mavericks until 1998. Thomas went on to play for the New York Knicks from 1998 until 2005, the Phoenix Suns from 2005 until 2007, the Seattle SuperSonics from 2007 until 2008, the Milwaukee Bucks from 2009 until 2010, the Chicago Bulls from 2010 until 2011, the Portland Trail Blazers from 2011 until 2012, and finally the New York Knicks a second time from 2012 until 2013. Thomas has appeared in close to 100 postseason games over the course of his career, with his best run coming with the Knicks in 1999. The team appeared in 20 games with Thomas starting 12 of them. He averaged 5.6 points per game during the playoffs in his career.