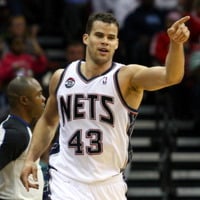 What is Kris Humphries' Net Worth and Salary?

Humphries won a bronze medal while representing the United States at the 2002 Isla Margarita FIBA Americas U18 Championship, and he was drafted #14 by the Utah Jazz in the 2004 NBA Draft. Kris signed a one-year deal for $8 million with the Nets in 2011, and the following year, he signed a two-year, $24 million deal with the team. Humphries retired from the NBA in 2019, and though he is best known for his work on the basketball court, he has also been seen on the small screen, appearing on "Keeping Up with the Kardashians" (2011), "Kourtney & Kim Take New York" (2011–2012), "The Mindy Project" (2013), and "Million Dollar Listing Los Angeles" (2015).

During his NBA career Kris Humphries earned $62 million in salary.

Kris Humphries was born Kristopher Nathan Humphries on February 6, 1985, in Minneapolis, Minnesota. He grew up with father William (a former University of Minnesota football player), mother Debra, and older sisters Kaela and Krystal, and he was a competitive swimmer as a child. When he was 10 years old, Kris was the country's top swimmer in his age group in 50-meter freestyle, backstroke, breaststroke, and butterfly, 100-meter freestyle, and 200-meter individual medley, and he often competed against (and beat) future Olympic gold medalists Michael Phelps and Ryan Lochte. Humphries quit competitive swimming when he was 12 and decided to focus on basketball instead.

Kris was a standout on the Hopkins High School basketball team, leading them to a Minnesota state championship (their first in nearly 50 years). During his high school career, "College Basketball News" and the "Minneapolis Star Tribune" named Kris state player of the year, and "USA Today" named him Second Team All-USA. Rivals.com ranked Humphries 2003's #15 player and #2 power forward, and he chose to attend college at his father's alma mater after initially accepting a scholarship to Duke. 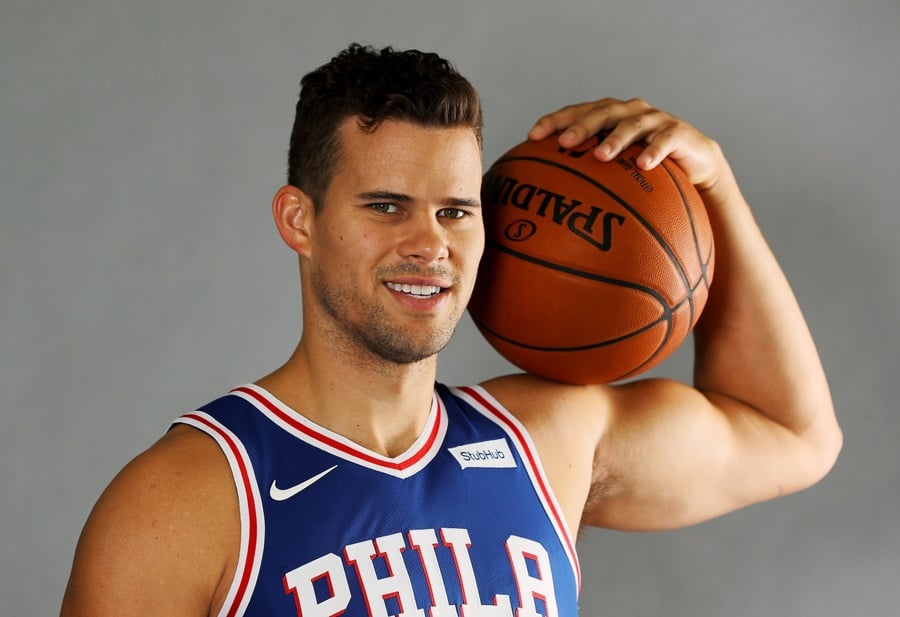 While playing for the Minnesota Golden Gophers, Kris led the Big Ten in both scoring and rebounding as a freshman, and he received many honors, such as 2004 Big Ten Freshman of the Year and Honorable Mention All-America. Coaches and the media named Humphries to the All-Big Ten First Team, and he set University of Minnesota records for the most points by a freshman in one season (629) and the most points in one game (36). After his successful freshman year, Kris decided to declare for the NBA draft instead of staying on the Gophers.

In 2004, Humphries was the 14th overall pick in the NBA draft, and he played for the Utah Jazz for two seasons. In June 2006, Kris and teammate Robert Whaley were traded to the Toronto Raptors for Rafael Araújo, and though Humphries didn't get to play much in the beginning, he proved himself as a reliable rebounder and helped the Raptors win their first division title. On March 28, 2007, Kris hit a career high with seven offensive rebounds in just 27 minutes and did it again on April 13th of that year with nine offensive rebounds and 18 rebounds all total. In January 2009, he fractured his fibula and had to sit out the rest of the season, and he was traded to the Dallas Mavericks in July, along with teammates Nathan Jawai and Shawn Marion. Humphries played on the Mavericks for a few months, then the team traded him to the New Jersey Nets in January 2010.

Kris achieved another career high on January 27, 2010, scoring 25 points while playing the Los Angeles Clippers. During the 2011 season, he averaged a double-double in both rebounds and points, and the team re-signed him in 2011, agreeing to $8 million for one season. Around that time, Kris was fifth in rebounding in the NBA, and the Nets, who changed their name to the Brooklyn Nets after moving from New Jersey to New York, re-signed him again in July 2012, this time offering him $24 million for two years with the team. Despite the new contract, the Nets traded Humphries to the Boston Celtics in June 2013, and the Celtics traded him to the Washington Wizards in July 2014. In October 2014, Kris had surgery to repair nerve damage in one of his fingers after cutting his hand on the rim during a preseason game against the Chicago Bulls.

Humphries was traded to the Phoenix Suns in February 2016; he played four games with the team, then became the newest member of the Atlanta Hawks on March 1st. The Hawks re-signed him for $4 million in July 2016, and after his one-year contract was up, Kris signed a deal with the Philadelphia 76ers in September 2017. He played in three preseason games with the team, then the 76ers waived him in mid-October. On March 26, 2019, Humphries announced his retirement in a piece he wrote for "The Player's Tribune" entitled "I Never Wanted to Be That Guy."

In October 2010, Kris began a relationship with Kim Kardashian, and they married on August 20, 2011. The E! network aired a two-part special about the wedding in October, and on October 31st, just 72 days after the $20 million dollar nuptials, Kardashian filed for divorce. Humphries requested an annulment or legal separation in December 2011, but the divorce went ahead as Kim wished and was finalized in June 2013.