Kiwane Garris net worth: Kiwane Garris is a former American professional basketball player who has a net worth of $300 thousand dollars. Kiwane Garris played point guard for the University of Illinois and finished his college career with 1,984 career points, scoring an average of 16.8 points per game. During the NBA lockout in 1998, he played for the US National Team and won the bronze medal in the FIBA World Championship.

Although he was projected to be an early draft pick, he went undrafted and eventually signed as a free-agent with the Denver Nuggets. During his career, he also had short stints with the Los Angeles Clippers, the Sacramento Kings, and the Grand Rapids Hoops of the CBA. For nine years he played overseas for several Italian teams and also played for Alba Berlin in Germany. In July 2006 he became engaged to R&B and soul singer-songwriter Syleena Johnson.In 2007, their son Kiwane Garris Jr was born, and in 2010 she gave birth to their second son, Kingston Garris. Kiwane also has another child from a previous marriage named, Kai Garris. Kiwane Garris and Syleena Johnson recently appeared on the hit show, Marriage Boot Camp: Reality Stars where they worked on issues in their relationship in front of the cameras. 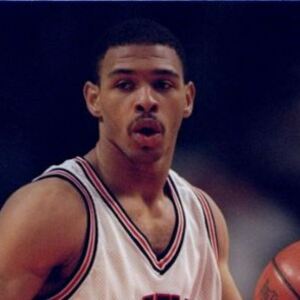