Kevin Ware net worth: Kevin Ware is an American college basketball player who has a net worth of $50 thousand. Kevin Ware was born in The Bronx, New York in January 1993. He is a 6'2″ guard who currently plays for Georgia State University. Ware played for Rockdale County High School where he was a four out of five star prospect.

He signed a letter-of-intent with Tennessee and changed his mind when Bruce Pearl was fired as head coach. He played for Louisville where he played limited minutes his freshman season. Ware's role was increase as a sophomore and was suspended due to disciplinary issues. He suffered a serious injury at the 2013 NCAA championship tournament and suffered a compound fracture to his right leg. Ware redshirted the 2013-14 season and decided to transfer to Georgia State University. At the beginning of the 2014-15 season he had two years of eligibility. Ware was named the Most Valuable Player of the 2015 Sun Belt Conference Men's Basketball Tournament and helped his team win the championship to earn an entry into the NCAA Tournament where they upset Baylor in the second round. Ware won an NCAA Championship with Louisville in 2013. 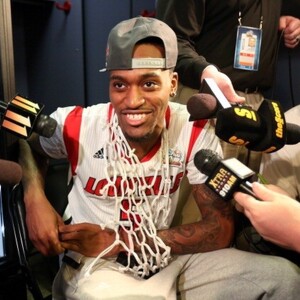