What is Kevin Durant's Net Worth?

Kevin Durant is an American professional basketball player who has a net worth of $200 million. Kevin is one of the highest paid players on and off the court. His $42 million NBA salary makes him one of the five highest-paid players in the league. His multiple lucrative endorsement deals allow him to earn tens of millions more each year.

Between June 2019 and June 2020, Kevin earned $65 million from his various endeavors. After spending three seasons with the Golden State Warriors, in 2019 Kevin signed a four-year $164 million contract with the Brooklyn Nets. He is an active tech investor, with more than 40 early-stage technology investments.

Kevin earns $26 million per year from Nike. When combined with his $42 million NBA salary, his annual income from these two sources alone tops $68 million.

Kevin Wayne Durant was born in Washington, DC, on September 29, 1988. When he was still an infant, his father deserted the family, and his parents eventually divorced. As a result, Durant's grandmother helped to raise him. He has a sister, Brianna, and two brothers, Tony and Rayvonne. They grew up in Prince George's County, Maryland, on the outskirts of Washington, DC. Durant's father returned to his life when he was 13, and together they spent time traveling the country to basketball tournaments.

Durant played in Amateur Athletic Union (AAU) basketball for several teams in the Maryland area growing up and was teammates with fellow future NBA players Michael Beasley, Greivis Vasquez, and Ty Lawson. In honor of his original AAU coach Charles Craig, who was murdered at the age of 35, Durant began wearing the #35 jersey number. He played high school basketball at National Christian Academy, Oak Hill Academy, and Montrose Christian School. A highly sought-after recruit, regarded as the second-best high school prospect of 2006, he committed to the University of Texas before his senior year of high school. At the end of his senior year, Durant was named the Washington Post All-Met Basketball Player of the Year, and the Most Valuable Player of the 2006 McDonald's All-American Game.

Durant enjoyed a successful college career playing for the Texas Longhorns at the University of Texas at Austin. For the 2006-07 college season, he averaged 25.8 points, 11.1 rebounds, and 1.3 assists per game. He was recognized as the unanimous national player of the year and won the John R. Wooden Award, the Naismith College Player of the Year Award, and eight other honors and awards. After the season, he declared for the NBA draft. His #35 jersey has since been retired by the Longhorns.

In the 2007 NBA draft, Durant was selected by the Seattle SuperSonics as the second overall pick. During his first professional season, he was named the NBA Rookie of the Year, averaging 20.3 points, 4.4 rebounds, and 2.4 assists per game. In 2008, the SuperSonics relocated to Oklahoma City and became the Thunder. During the 2008-09 season, he improved his scoring average by five points, making him a candidate for the Most Improved Player Award. Although he did not win it, he finished third in the voting. This is also around the time that he finished growing, reaching his final height of 6 ft 11 in (2.11m).

Durant was selected to take part in his first NBA All-Star Game during the 2009-10 season, and he became the youngest NBA scoring champion at the time with his average of 30.1 points per game. Before the 2010-11 season, Durant signed a five-year contract extension with the Thunder, estimated to be worth $86 million. He continued to perform well, even winning the NBA All-Star Game Most Valuable Player Award during the 2011-12 All-Star Game. During the 2013-14 season, he surpassed Michael Jordan's record for consecutive games scoring 25 points or more, with 41 games. He was also voted the NBA Most Valuable Player that year, with averages of 32 points, 7.4 rebounds, and 5.5 assists per game. Through the 2015 season, Durant had earned over $88 million in salary alone.

He left the Oklahoma City Thunder in 2016, officially signing a two-year, $54.3 million contract with the Golden State Warriors that July. He re-signed with the Warriors in July 2018 on another two-year contract, this time for a reported $61.5 million. Then, in July 2019, he signed with the Brooklyn Nets in a sign-and-trade deal.

In addition to his NBA career, Durant has played for Team USA, helping the team win its first FIBA World Championship since 1994 at the 2010 championship. As part of Team USA at the 2012 Olympics, he set the record for total points scored in an Olympic basketball tournament with his averages of 19.5 points, 5.8 rebounds, 2.6 assists, and 1.6 steals per game. He also played for Team USA at the 2016 Olympics, winning gold that year.

In a departure from his basketball career, Durant briefly ventured into acting in the 2012 film "Thunderstruck," playing a semi-fictionalized version of himself. 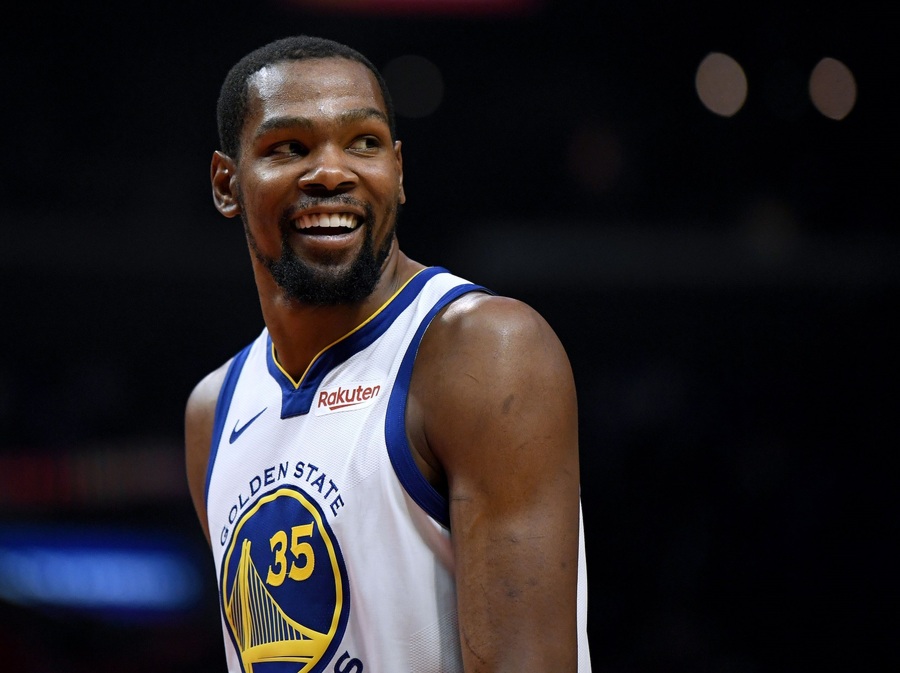 Off the court, Kevin earns $36 million from endorsement deals with companies like Gatorade, Nike, Degree, and more. In a given year, Durant earns around $65 million, of which $30 million comes from salary and $35 million comes from endorsements. He has also made a number of venture capital investments. He owns small stakes in a number of companies including Postmates and investment app Acorns.

Durant's personal life is kept mostly private by the sports star, with little information available. He is known to have dated Bay Area property salesperson Cassandra Anderson and was previously engaged to former WNBA star Monica Wright until 2014.

In June 2019 Kevin sol the above home for $12.15 million. The buyer was Anthony Zuiker, the creator of the "CSI" television franchise.

He also owns several properties in the Oklahoma City area. In 2013, he listed his residence in the upper-class Club Villa neighborhood for $1.95 million. 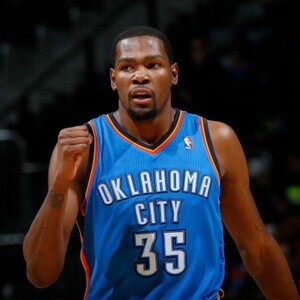