Kenyon Martin net worth and salary: Kenyon Martin is an American professional basketball player who has a net worth of $60 million. During his career he earned $113 million in NBA salary alone.

Kenyon Martin played at the NBA-level for such teams as the New York Knicks, the New Jersey Nets, Denver Nuggets, as well as the Los Angeles Clippers. He also had a brief career playing in China with the Xinjiang Flying Tigers.

Early Life: The 6′ 9 power forward was born on December 30, 1977, coming from what some might consider good basketball stock… in Saginaw, Michigan. Kenyon was brought up by his mother, Lydia Moore, a single mother of two. His mother moved her two children to the Oak Cliff neighborhood of Dallas where she worked two jobs to support them. Martin worked through a stuttering issue as a child, attending three schools in four years as a high schooler. Martin would seek refuge early on in sports — where his game could speak for him. Martin excelled in baseball, basketball, and football, but his hoop game was what started to garner interest from major universities due to his skill level and prowess on the court. Assistant coach John Loyer of the University of Cincinnati recruited him the hardest out of all interested parties after seeing him play AAU ball after Martin's junior year. Martin ended up graduating from Bryan Adams High School in Dallas in 1996. He started school at the University of Cincinnati in the fall.

NCAA Career: During his college career, Martin played for the Cincinnati Bearcats — under the direction of the legendary Bob Huggins. Martin remains the Bearcats' all-time leader in career blocked shots and field goal percentage. The University of Cincinnati would retire Martin's #4 jersey on April 25, 2000.

NBA Career: Martin was selected first overall in the 2000 NBA Draft by the New Jersey Nets. Martin was heralded as the last American-born college senior to have been the top overall pick in the NBA draft.

As a rookie for the New Jersey Nets, Martin was named to the NBA All-Rookie First Team and finished second in voting for NBA Rookie of the Year. In his second season, Martin helped the Nets rise from last place in the Atlantic Division to an Eastern Conference title. Martin helped the Nets put up their best season in NBA history during that time.

At the end of the 2003-04 season, Martin was traded to the Denver Nuggets for three future first-round draft picks in a sign-and-trade deal. Martin played in 70 games during the 2004–05 season, but a problem with his knee was detected shortly into the off-season, and Kenyon underwent microfracture surgery on his left knee. After his surgery, Martin missed 26 games due to knee tendinitis, but was able to return in time for the playoffs.

During that playoff series against the Los Angeles Clippers, Martin was suspended from the Denver Nuggets indefinitely for "conduct detrimental to the team." During halftime of game two of the first round series, Martin got into an argument with head coach George Karl over his playing time, and refused to play for the second half of the game. During the offseason, Karl and Martin apparently "patched things up." Believing injuries were behind him, Martin learned the swelling now occurring in his right knee would require another microfracture procedure. In 2006, after playing two regular season games, Martin underwent his second knee operation in less than two years. Martin is believed to be the first NBA player to have, and to return from, microfracture surgery on both knees.

Martin became an unrestricted free agent in the summer of 2011; however, due to the 2011 NBA lockout, he opted to sign a one-year contract with the Xinjiang Flying Tigers of the Chinese Basketball Association. He was granted early release from the Xinjiang Flying Tigers and in 2012, Martin signed with the Los Angeles Clippers. In February of 2013, Kenyon Martin joined the New York Knicks — on a ten-day contract. This even reunited Martin with famous teammate Jason Kidd. Martin would officially join the team on February 23 of that year. Martin signed another short-term contract on March 5 before joining the team for the remainder of the season as of March 15, 2013. Despite Martin's tentative business arrangements with the Knicks, he was still able to provide a remarkable amount of help to a struggling and depleted Knicks team, providing an answer for the team's injury problems with Tyson Chandler (neck injury). Martin would end up re-signing with the New York Knicks for the 2013–14 season as well.

On January 9, 2015, Martin signed yet another ten-day contract — this time with the Milwaukee Bucks. Their relationship would go like this until February 19, 2015, when Martin was waived by the team, with Martin averaging only 1.8 points per game while playing limited minutes. Later that year, on July 3, 2015, Martin would announce his retirement from the NBA.

Real Estate: After retirement, Martin focused his efforts a bit in real estate, selling his home in Woodland Hills for $1.5 million in 2017, relisting it in March of that same year for $1.79 million. Early in 2020, Martin listed his Calabasas single-story home for sale for $3.599 million. Martin made numerous renovations while living in the home, converting hardwood floors to polished concrete, adding several other minimalist notes to the home.

Philanthropic Efforts: Martin has played an active role in supporting non-profit organization The Stuttering Foundation of America since 2005. In 2008 Martin also received the prestigious Freeing Voices, Changing Lives Leadership Award from the American Institute for Stuttering. He serves the organization as a board of directors member and was also named honorary Ambassador for the March of Dimes Colorado Chapter. Martin also takes part in the annual "The Summer Groove", which takes place in Miami. "The Summer Groove" is a notable charity event that benefits Alonzo Mourning Charities, not to mention Dwyane Wade's World Foundation. Martin remains an avid supporter of the Special Olympics as well. 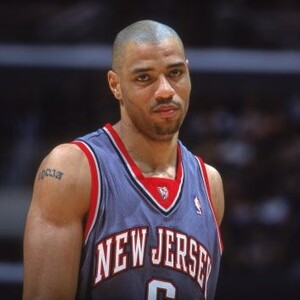