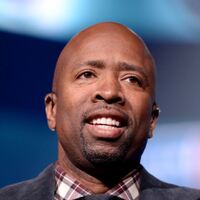 What is Kenny Smith's Net Worth and Salary?

Kenny Smith is an American retired professional basketball player and current television basketball analyst who has a net worth of $22 million. Kenny Smith played in the NBA from 1987 to 1997. The year after he retired, Kenny began broadcasting for Turner Sports. Today, TNT's "Inside the NBA" is one of the most popular sports analyst programs on the air. Kenny co-hosts the show with Ernie Johnson Jr., Charles Barkley, and Shaquille O'Neal.

During his NBA career, Kenny earned a little more than $13 million in salary. He is paid a salary of $4 million per year for his work as a basketball analyst for TNT.

Kenneth Cornelius Smith was born on March 8, 1965, in Queens, New York. He grew up in the Queens apartment development LeFrak City. Smith was a student at Archbishop Molloy High School. There, he was coached by Jack Curran, who is recognized as the high school coach who has won the most basketball games in the United States. Other NBA players that Curran coached include Brian Winters, Kevin Joyce, Robert Werdann, and Kenny Anderson. In 1983, Smith was named a McDonald's All-American in recognition of his basketball skills.

After high school, Smith attended the University of North Carolina. There, he played on the basketball team along with Michael Jordan, under coach Dean Smith. During his freshman year on the team, Smith averaged 9.1 points and 5 assists per game.

Smith started off his professional basketball career with the Sacramento Kings, after the team selected him as the sixth pick of the 1987 NBA draft. He had a stellar rookie year, averaging 13.8 points and 7.1 assists per game, which landed him a spot on the NBA All-Rookie Team. He stayed with the Kings under after the 1989-90 season, when he was traded to the Houston Rockets. He stayed with the Rockets for the next six seasons, during which some of his achievements include averaging 17.7 points per game and helping the team achieve a 52-30 record (what was the best regular season in the history of the franchise at the time). While playing with the Rockets, Smith also won two NBA championships.

Following his departure from the Rockets after the 1995-96 season, Smith signed on with the Detroit Pistons. However, he only played nine games with the Pistons before he was waived and signed by the Orlando Magic. He was with the Magic for only six games before being released by them. He subsequently signed with the Denver Nuggets. He finished out the remainder of the 1996-97 season with the Nuggets, and then retired from professional playing. When he retired, he held the franchise record for the Denver Nuggets for career three-point percentage (.425). In his professional career, Smith in total scored 9,397 points (average of 12.8 per game) and had 4,073 assists (average of 5.5 per game). 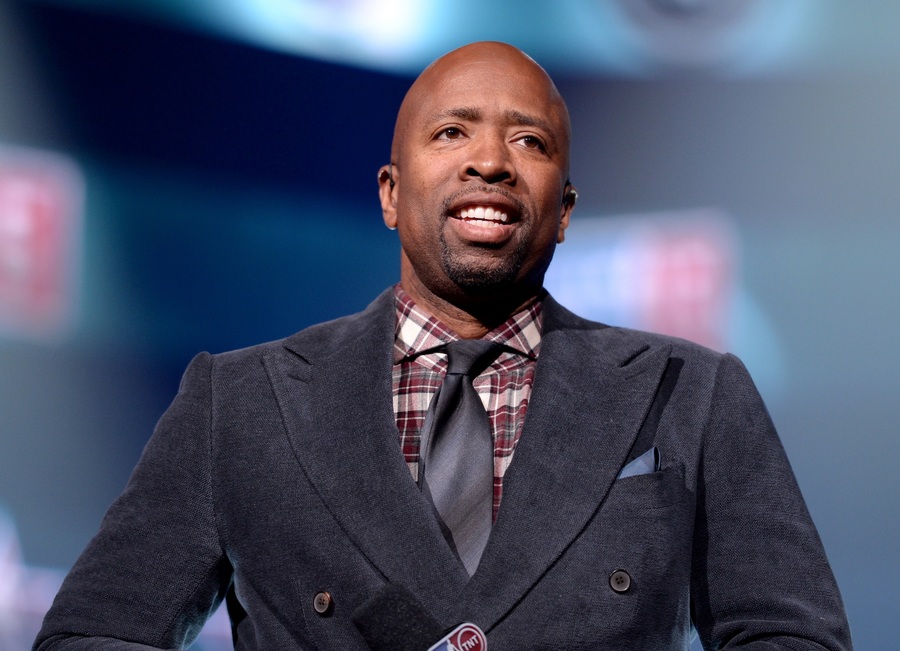 After ending his ten-year professional basketball career, in 1998 Smith pivoted towards television and began working as a studio analyst for Turner Sports. He joined Ernie Johnson Jr., Charles Barkley, and Shaquille O'Neal on the show "Inside the NBA", a program which has won the Sports Emmy Award for Outstanding Studio Show. Smith also appears on NBA TV and has done commentary for the NCAA tournament on CBS/Turner. From 2005 to 2008 he provided commentary for New York Knicks games that were broadcast on the MSG Network.

Smith's first marriage was to Dawn Reavis, and together they have two children; his daughter Kayla Brianna is an up and coming R&B artist, and his son K.J. followed in his footsteps to play basketball at his alma mater, the University of North Carolina. Then, from 2006 to 2018, Smith was married to former "Price is Right" model Gwendolyn Osborne. They had first met in 2004 at a charity event. Smith and Osborne had two children together, a son Malloy (born 2008) and a daughter London (born 2012), and Smith also was step-father to Osborne's daughter Monique from a previous relationship.