Walker played his college basketball at Connecticut where he won the NCAA championship in 2011 and was named the NCAA Final Four Most Outstanding Player. He was also a consensus first-team All-American and won the Bob Cousy Award in addition to being the Big East Tournament MVP. Kemba Walker was drafted #9 overall by the Charlotte Bobcats in 2011 and has played for the Charlotte Bobcats / Hornets his entire career through the 2017-18 season. In 2017 and 2018 he was an NBA All-Star and also won the NBA Sportsmanship Award. In 2014 he signed a four year deal with Charlotte for $48 million. 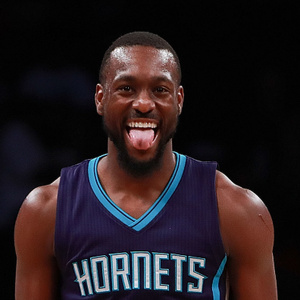