Kelvin Cato Net Worth: Kelvin Cato is a retired American professional basketball player who has a net worth of $20 million. Born in Atlanta, Georgia, in 1974, Kelvin Cato played college basketball first at South Alabama from 1992 until 1993 and later at Iowa State from 1995 until 1997 after a transfer. He was part of the Iowa State team that made it all the way to the NCAA tournament's Sweet Sixteen round in 1997.

The Dallas Mavericks drafted the nearly seven foot tall, 275-pound center with the 15th overall pick during the first round of the 1997 NBA Draft. Cato made his debut with the Portland Trail Blazers in 1997, and played with the team until 1999 before joining the Houston Rockets for the next five years. Cato later joined the Orlando Magic from 2004 until 2006 and the Detroit Pistons midway through the 2006 season. He finished out his NBA playing career with a stint with the New York Knicks from 2006 until 2007. Cato's career statistics at the time of his retirement include 2,920 points and about 5.5 points per game to go along with 2,874 rebounds and close to 700 total blocked shots. Cato retired after a decade in the league. 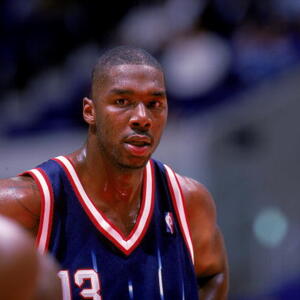