What is Kareem Abdul-Jabbar's Net Worth?

Kareem Abdul-Jabbar started by playing in UCLA's freshman team, although he quickly made the transition to varsity basketball. Media publications such as Sports Illustrated pointed to Kareem Abdul-Jabbar as a future star. During this time, Kareem Abdul-Jabbar made a notable impact on the team's performance, which included a three-year run with only two losses. He also directly caused the dunk to be banned in college basketball because he was so proficient with this scoring method.

In 1968, he boycotted the US Olympic team and didn't attempt to join their squad. He also converted to Islam during this period and took an Islamic name. Later in 1968, Kareem Abdul-Jabbar took part in what became known as "the game of the century." The match between UCLA Bruins and the Houston Cougars was televised nationally for the first time in the history of college basketball, and over 50,000 fans watched the game live. Kareem Abdul-Jabbar's team lost the game, although they later defeated Houston during the NCAA Tournament.

In 1975, Kareem Abdul-Jabbar transferred to the Lakers. He began strongly with a high points-per-game average. Although the team was playing well, they continued to be knocked out during the playoffs with each passing season. However, the future looked much brighter after the Lakers acquired Magic Johnson in 1979. This paved the way for a dominant run during the 80s. With the help of Magic Johnson and the experience of Kareem Abdul-Jabbar, the LA Lakers went on an impressive run during their "dynasty," and won five championship titles.

During the early to mid-80s, Kareem Abdul-Jabbar's career began to wane. He was entering his early 40s, and his body was struggling to perform because of his physically demanding role on the team. Much earlier, Kareem Abdul-Jabbar had started doing yoga in order to maintain flexibility and strength. He also bulked up in an effort to hold his own in the center position. Additionally, he had become well-known for wearing protective goggles. This was due to the fact that his corneas were prone to scratches and impacts. He also developed an eye condition during this time.

In 1989, Kareem Abdul-Jabbar announced that he would retire at the end of the season. His impact on the world of basketball was so great that his retirement became a major event in the sport. Fans gave him various gifts – ranging from an Afghan rug to a yacht. He also received standing ovations at games. His career spanned 20 years, and at the time of his retirement, he held the record for most games ever played by a single player. 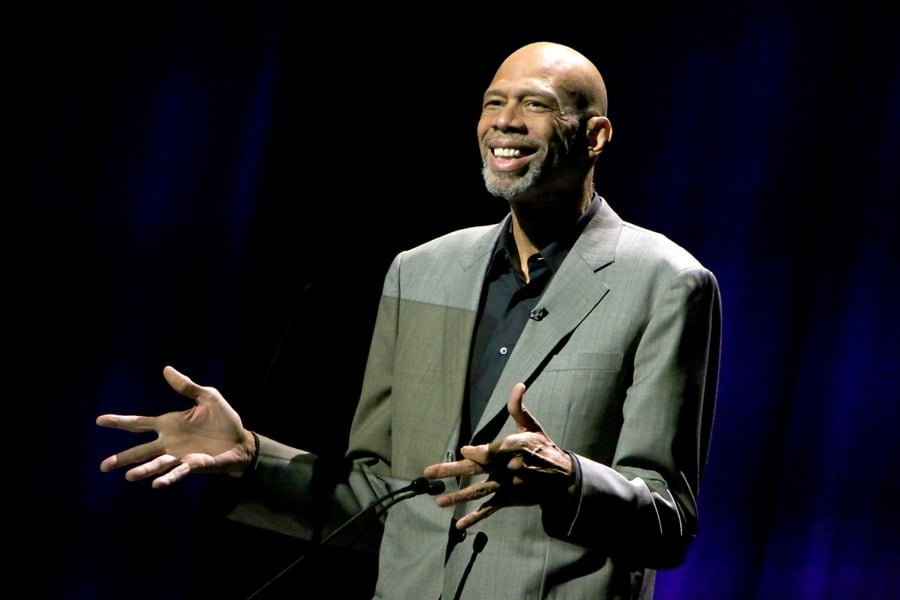 He worked as an assistant and mentor for the Los Angeles Clippers and the Seattle Supersonics. His one head coaching job was in the now-defunct United States Basketball League for the Oklahoma Storm. He won the championship with the team, but it didn't lead to his appointment as the new coach for Columbia University as he had hoped. He eventually worked as a scout for the New York Knicks. One of the high points of his career was working as a special assistant coach for the Lakers from 2005 to 2011.

During his time in Los Angeles, Kareem Abdul-Jabbar appeared in many films and TV shows, mostly in cameo roles where he played himself. Notable examples include the films Airplane! and Bruce Lee's Game of Death. He has also appeared in various TV shows, such as The Fresh Prince of Bel-Air, Scrubs, and The Colbert Report. In 2018, it was announced that Kareem Abdul-Jabbar was one of the writers for the show Veronica Mars.

Kareem Abdul-Jabbar has published many books, including those that detail his playing career and those on issues such as black history and rights. After marrying Habiba Abdul-Jabbar, he had three children before divorcing her in 1978. He has two other children. 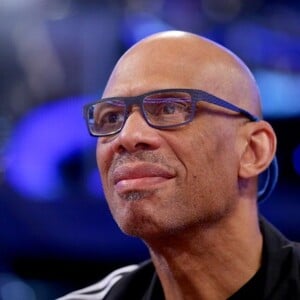