Kara Lawson net worth: Kara Lawson is an American professional women's basketball player who has a net worth of $1 million. Kara Lawson was Alexandria, Virginia in February 1981. Lawson is a 5'9″ guard who played at Sidwell Friends School and West Springfield High School. She was a WBCA All-American and won MVP honors at the 1999 WBCA High School All-America Game.

Lawson played at the University of Tennessee where she won the Frances Pomeroy Naismith Award. She was drafted #5 by the Detroit Shock in the 2003 WNBA Draft. Lawson was traded to the Sacramento Monarchs where she played from 2003 to 2009. When the team folded she joined the Connecticut Sun where she played from 2010 to 2013. She was traded to the Washington Mystics in 2014 where she currently plays. Lawson won a WNBA Championship in 2005 and was a WNBA All-Star in 2007. She won the Kim Perrot Sportsmanship Award in 2009 and 2012 and the Dawn Staley Community Assist Award in 2013. Lawson has won two Gold medals representing the United States at the 2001 World University Games and the 2008 Beijing Olympic Games. She became the first woman to work as a national broadcast analyst for an NBA game in 2007 and serves as an analyst for ESPN. 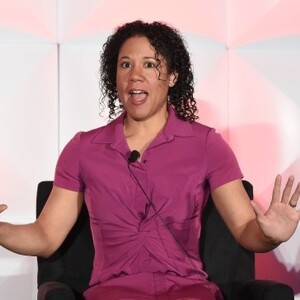