Justise Winslow net worth: Justise Winslow is an American professional basketball player who has a net worth of $3 million. Justise Winslow was born in Houston, Texas in March 1996. He is a small forward and shooting guard who was a McDonald's All-American and Parade All-American at St. John's High School. Winslow played his college basketball at Duke and won an NCAA Championship in 2015. He was drafted #10 by the Miami Heat in the 2015 NBA Draft and has played his entire career with the Heat. He finished his rookie season averaging 6.4 points per game, 5.2 rebounds per game, and 1.5 assists per game. His father Rickie Winslow played for the Milwaukee Bucks and spent much of his career in Spain and Turkey. 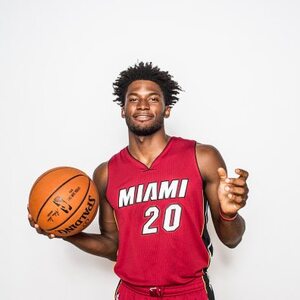