Juan Dixon net worth: Juan Dixon is an American former professional basketball player who has a net worth of $6 million. Juan Dixon was born in Baltimore, Maryland in October 1978. He was a 6'3″ guard who played at Calvert Hall High School. Dixon played his college basketball at the University of Maryland where he won an NCAA Championship in 2002.

Dixon was a three time First-team All-ACC selection and named ACC Athlete of the Year and Player of the Year in 2002. The same year he was named NCAA Final Four Most Outstanding Player and won the Chip Hilton Award and Senior CLASS Award. Dixon was also a consensus first-team All-American in 2002. He was drafted #17 by the Washington Wizards in the 2002 NBA Draft and played in Washington until 2005. Dixon played for the Portland Trail Blazers from 2005 to 2007, the Toronto Raptors from 2007 to 2008, and the Detroit Pistons in 2008. From 2008 to 2009 he played for Washington and the Atlanta Hawks. Dixon then played in Greece in 2009, Spain until 2010, and Turkey in 2011. He also represented the United States in international competition, winning a Bronze Medal at the 2001 Summer Universiade. In 2008 he signed a one year deal with the Wizards for $1 million. Dixon is also featured on the Bravo reality television series The Real Housewives of Potomac. 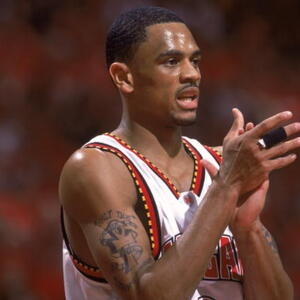