Jrue Holiday net worth: Jrue Holiday is an American professional basketball player who has a net worth of $30 million. Jrue Holiday was born in Chatsworth, California in June 1990. He is a 6'4″ shooting guard and point guard who played at Campbell Hall High School where he was named California Mr. Basketball and the Gatorade National Player of the Year in 2008.

The same year he was a McDonald's All-American and a first-team Parade All-American. Holiday played his college basketball at UCLA and was named Pac-10 All-Freshman Team in 2009. He was drafted #17 overall by the Philadelphia 76ers in the 2009 NBA Draft. Holiday played for the 76ers from 2009 to 2013 and joined the New Orleans Pelicans in 2013. He was an NBA All-Star in 2013 and selected to the NBA All-Defensive First Team in 2018. Through his first nine seasons he averaged 14.98 points per game with 6.2 assists per game. Between June 2017 and June 2018, Jrue Holiday earned $27 million between salary and endorsements which made him one of the highest paid athletes in the world. 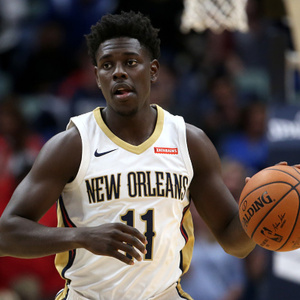