Josh Childress net worth: Josh Childress is an American professional basketball player who has a net worth of $12 million. Josh Childress was born in Harbor City, California in June 1983. He is a 6'8″ small forward and shooting guard who was a McDonald's High School All-American at Mayfair High School. Childress played his college basketball at Stanford where he was named Pac-10 Player of the Year, first-team All-Pac 10, and a consensus second-team All-American in 2004. Childress was drafted #6 by the Atlanta Hawks in the 2004 NBA Draft. He played for the Hawks from 2004 to 2008 before playing in Greece from 2008 to 2010. He returned to the NBA to play for the Phoenix Suns from 2010 to 2012, the Brooklyn Nets in 2012, and the New Orleans Pelicans in 2013. Childress has played for the Sydney Kings in Australia since 2014. He was named to the NBA All-Rookie Second Team in 2005. In Greece he was the Greek Cup championship in 2010 and was the Greek League Top Scorer the same year. He was also a Greek League All-Star and part of the Greek League Best Five Team in 2010. In 2015 he was selected to the All-NBL First Team. 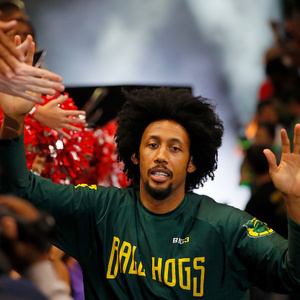