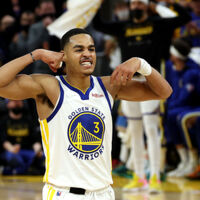 What is Jordan Poole's Net Worth?

Jordan Poole is a professional basketball player who has a net worth of $15 million. Jordan Poole is probably best known for playing in the NBA for the Golden State Warriors. Previously, he played in college with the Michigan Wolverines, winning the 2018 Big Ten tournament. In 2022, Poole won the NBA championship title with the Warriors.

Jordan Poole was born on June 19, 1999 in Milwaukee, Wisconsin to Anthony and Monet. He has a brother and a sister. As a teenager, Poole first went to Rufus King High School, where he became one of the highest-ranked basketball prospects in the country. Transferring to La Lumiere School in Indiana for his senior year, Poole competed with his team in the 2017 Dick's National High School Championship. He recorded 13 points during the game, including a buzzer beater in the third quarter that helped La Lumiere claim the title.

Receiving several enticing college offers, Poole ultimately chose to attend the University of Michigan. In his Big Ten debut with the Michigan Wolverines, he led the team with 19 points in a victory over Indiana. The Wolverines went on to claim the Big Ten tournament title and advance to the postseason, where they reached the National Championship Game. Ultimately, the team fell to Villanova. In his sophomore year, Poole scored a new career high of 22 points in a win over George Washington, and later topped that with 26 points in a victory over South Carolina. The Wolverines made it to the Sweet Sixteen that postseason. 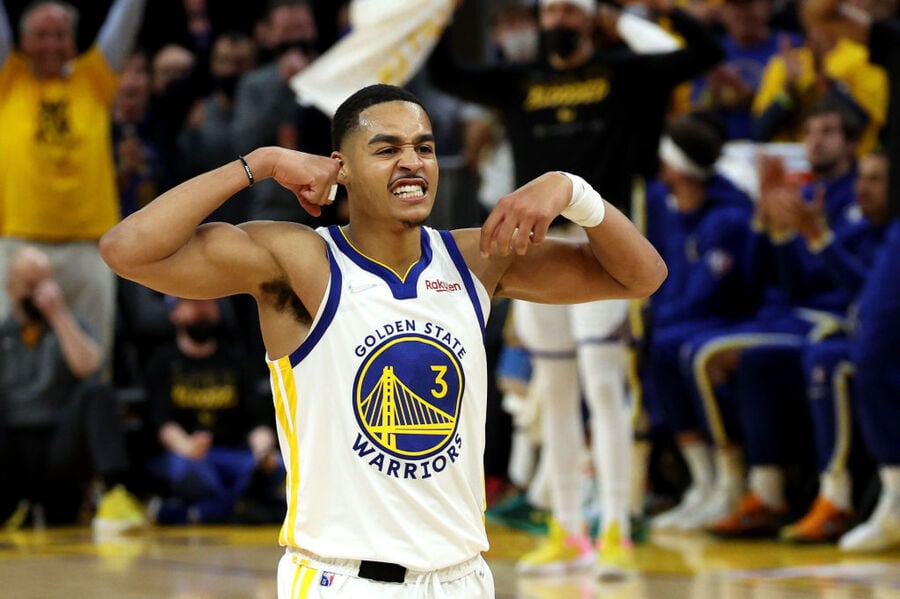 Forgoing his junior and senior years at Michigan, Poole entered the NBA draft in 2019, and was selected by the Golden State Warriors. He made his first NBA start in late October, scoring 13 points in the Warriors' first win of the season. Later, in December, Poole was sent to the Santa Cruz Warriors of the NBA G-League. He was called back to the Golden State Warriors the following month, and scored a new career high of 21 points in a victory over the Orlando Magic. In his second season with the Warriors, Poole posted a new career high of 26 points in a loss to the Phoenix Suns; he went above and beyond that number a couple months later with 38 points in a win over the New Orleans Pelicans.

Poole had his breakout NBA season in 2021-22. Beating out Otto Porter Jr. to become the Warriors' starting shooting guard, he had an auspicious start to the season with 33 points – including eight three-pointers – in a victory over the Toronto Raptors. In early 2022, Poole began playing point guard alongside Klay Thompson and Stephen Curry. When Curry was sidelined late in the season, Poole picked up the slack by scoring 20 points or more in 18 of the final 20 games. He ended the regular season leading the NBA in free throw percentage. The Warriors went on to advance to the NBA playoffs, and ultimately the finals, where they beat the Boston Celtics in six games to give Poole his first NBA championship title. In October of 2022, Poole signed a four-year contract extension with the Warriors.

In his first three seasons in the NBA, Jordan Poole earned a little over $6 million in total salary. In October 2022 Jordan signed a 4-year, $140 million contract extension to stay with the Warriors. The contract has an average annual salary of $35 million.