Jordan Clarkson net worth and salary: Jordan Clarkson is an American professional basketball player who has a net worth of $25 million. Jordan Clarkson was born in Tampa, Florida in June 1992. He is a 6'5″ point guard and shooting guard who was named San Antonio High School Player of the Year at Wagner High School. Clarkson played his college basketball at Tulsa from 2010 to 2012 and Missouri from 2013 to 2014. He was named to the Conference-USA All-Freshman Team in 2011 and first-team All-Conference-USA in 2012. Jordan Clarkson was named second-team All-SEC in 2014. He was drafted #46 overall by the Washington Wizards in the 2014 NBA Draft. Clarkson was traded to the Los Angeles Lakers and played there from 2014 to 2018 while played for the Los Angeles D-Fenders from 2014 to 2015. He was traded to the Cleveland Cavaliers in 2018. Clarkson was named to the NBA All-Rookie First team in 2015. In 2016 he signed a four year deal worth $50 million. 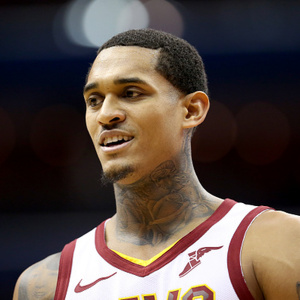