What is John Wall's Net Worth?

John Wall is an American professional basketball player who has a net worth of $110 million. He is best known for his nine-season stint with the Washington Wizards of the NBA, having first been drafted by this team back in 2010. In 2020, he was traded to the Houston Rockets. Wall established himself as a talented basketball player during his time while attending the University of Kentucky and playing for the Kentucky Wildcats. After joining the NBA, John became one of the most talented point guards in the league. He is a five-time NBA All-Star, and in 2017 he won All-NBA honors.

Johnathan Hildred Wall Jr. was born on September 6th of 1990 in Raleigh, North Carolina. When John was a one-year-old, his father was convicted of armed robbery, having previously spent time in prison for second-degree murder. Wall's older half-brother attempted to take care of the family in his father's absence, but he too was incarcerated shortly thereafter. That left John's mother as the primary caregiver. She worked multiple jobs to support not only her son, but also her two daughters.

Unfortunately, the lack of a proper father figure in Wall's life resulted in him acting out. He frequently challenged authority figures and got into fights during his time in middle school. During his teen years, he was cited for breaking and entering. Basketball proved to be a positive outlet for John, but he was cut from his first high school team for attitude-related issues. This prompted him to transfer to a private Christian academy, where he started to improve his attitude under the watchful guidance of Coach Levi Beckwith.

By his senior year of high school, Wall had gained a reputation on a national scale. He averaged 19.7 points and 9 assists per game and was considered one of the best high school players in the nation. He was then selected to participate in the 2009 Hoop Summit and the Jordan Brand Classic that year, where he impressed onlookers.

Wall was then approached by several universities, including Duke University, Georgia Tech, and the University of Kansas, although he eventually chose to attend the University of Kentucky. While playing for the Wildcats, John continued to impress and maintained a good scoring record. He played one year of college basketball before declaring himself eligible for the 2010 NBA Draft. There was some talk of him being drafted in 2009 – directly out of high school.

John Wall was the first overall selection for the Washington Wizards in 2010. During his first season, he scored his first triple-double. He was then named 2011 Rookie Game MVP during the 2011 All-Star Weekend after being named to the NBA All-Rookie First Team. Although the 2011-2012 season was shortened due to lockout, he continued to impress. However, he missed the start of the next season due to a knee injury. He returned to notch a career-high of 16 assists against the Memphis Grizzlies. By 2013, he had been labeled a designated player by the Wizards, and he was given a new, five-year contract. During that season, he scored his second triple-double and won the Slam Dunk Contest, becoming the first Wizard to accomplish this feat. 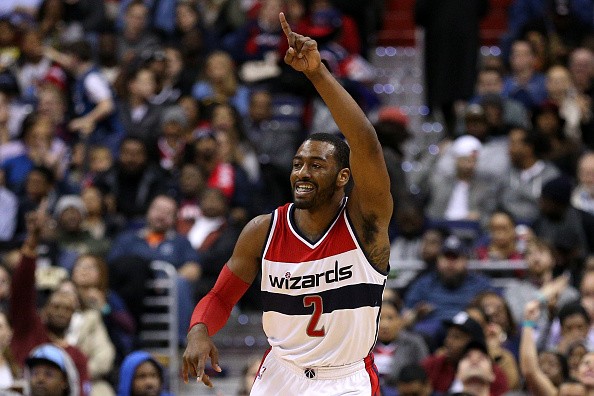 In 2015, Wall scored 31 points and recorded 12 assists in a win against the Sacramento Kings. He then recorded 17 assists in a playoff game against the Raptors – a franchise record. In the 2015-2016 season, The Wizards went on a losing streak, and Wall's shooting percentage fell dramatically. However, he then bounced back and led his team to greater accomplishments. Before the 2016-2017 season, John received surgery on both knees. During that season, he was named Eastern Conference Player of the Week. Heel injured hampered Wall during the 2018-2019 season, after which he was traded to the Houston Rockets.

Wall has supplemented his income considerably over the years with a number of brand endorsement deals. In the mid-2010s, he became the new face of Reebok's ZigTech shoe line after signing a 5-year deal with the brand. This brand deal was reportedly worth $25 million, which effectively doubled his income during that 5-year period. Reebok then renewed the deal in 2015.

In 2013, it was reported that Wall had purchased a $4.9-million mansion in the Washington area of Potomac. The residence features eight bedrooms, 17,350 square feet of living space, a pool, a putting green, a volleyball court, a shuffleboard court, and an indoor basketball court. Other highlights include a home theater, a six-car garage, and a gym.