Joe Smith Net Worth and salary: Joe Smith is a former American professional basketball player who has a net worth of -$100 thousand. Born in 1975 in Norfolk, Virginia, Joe Smith played college ball at the University of Maryland from 1993 until 1995. He had a highly acclaimed career in college, earning ACC Rookie of the Year honors in 1994. Smith went on to win ACC Player of the Year in 1995, UPI College Player of the Year, AP Player of the Year, and Naismith College Player of the Year honors, all in 1995. He also won the Adolph Rupp Trophy and was named a first-team All-American. The Golden State Warriors drafted Smith with the first overall pick of the first round during the 1995 NBA Draft. He played with the Warriors until 1998 before joining about a dozen teams during the remainder of his career, including the Philadelphia 76ers, the Minnesota Timberwolves, the Detroit Pistons, the Milwaukee Bucks, the Denver Nuggets, the Chicago Bulls, the Cleveland Cavaliers, the Oklahoma City Thunder, the Atlanta Hawks, the New Jersey Nets, and the Los Angeles Lakers. Smith finished his lengthy career as a journeyman with 11,208 points, 6,575 rebounds, and 868 blocks. Smith is tied for most franchises played with during an NBA career with 12. He released a solo rap album under the name Joe Beast and appeared in the movie "Rebound".

Money Problems: Unfortunately, Joe Smith is one of the many NBA players who experiences financial problems after leaving the league. Joe earned more than $60 million in salary during his playing days. Yet as of March 2018 he has over six figures worth of debt and his assets are largely gone. He spent the money on homes, cars, a costly divorce and bad investments. 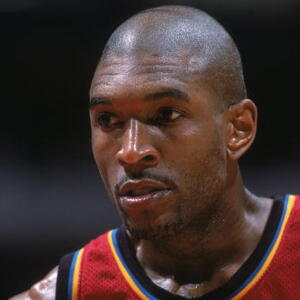