Joe Dumars net worth and salary: Joe Dumars is a retired American basketball player who has a net worth of $10 million. Joe Dumars was born on May 24, 1963 in Shreveport, Louisiana where he grew up in an athletic family and played football and basketball in high school. He attended McNeese State University where he averaged 22.5 points per game, including 25.8 ppg as a senior – good for sixth in the nation. He finished his college career as the 11th leading scorer in NCAA history. Dumars was selected with the 8th overall in the first round of the 1985 NBA Draft by the Detroit Pistons. He played guard for the Detroit Pistons for his entire career, from 1985 to 1999. He won two championships as a player in 1989 and 1990, and was voted the 1989 Finals MVP, averaging 27.3 points per game as the Pistons swept the Los Angeles Lakers in four games. During the late 1980s and early 1990s, Dumars and Isiah Thomas combined to form one of the best backcourts in NBA history. Initially a shooting guard, Dumars moved to point guard following Thomas' retirement in 1994, sharing ball-handling duties with Grant Hill. Dumars was inducted into the Basketball Hall of Fame in 2006. Dumars served as the President of Basketball Operations for the Detroit Pistons from 2000 to 2014. 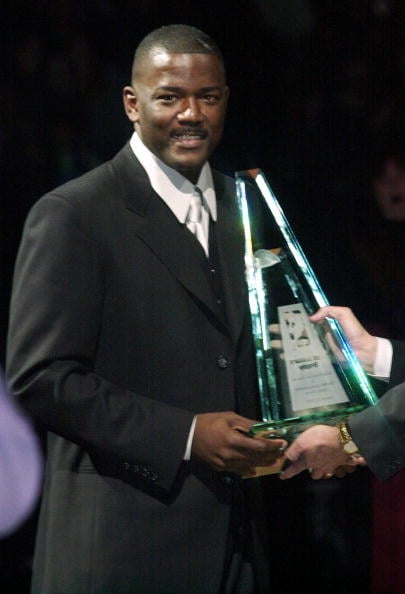